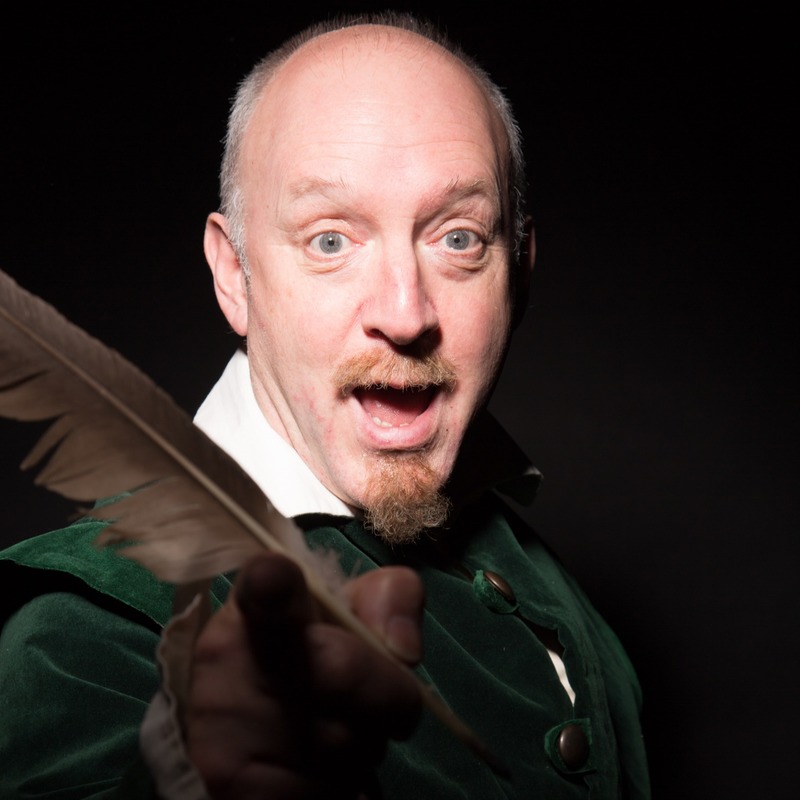 Did Will Shakespeare write his plays? Come and spend a rip-roaring hour in the pub with the man himself! He'll tell you all about life on tour, the glory days at the Globe... and Anne Hathaway. Ladies and gentlemen raise your glasses - Your Bard!

Written and Performed by Nicholas Collett

"On Collett's stage, William Shakespeare has truly become "our" bard, the bard of the people and a bard among people - all thanks to our modern playwright's at times comical, at times deep and moving, but always original and fond rendition of him." - Nouse Magazine

'Your Bard' was written in Seaside, Florida, as part of the Escape To Create residency programme in January 2016. The UK Premiere was at the Jersey Opera House in March 2016, and the International Premiere at the Metropolitan Ensemble Theatre was in July 2016. The production has toured throughout the UK and has also appeared at the REP Theatre in Seaside, Florida. Part of the Arts Council of England's Inn Crowd scheme, 'Your Bard' has also been performed in pubs in Norfolk, Suffolk, Kent and Sussex.