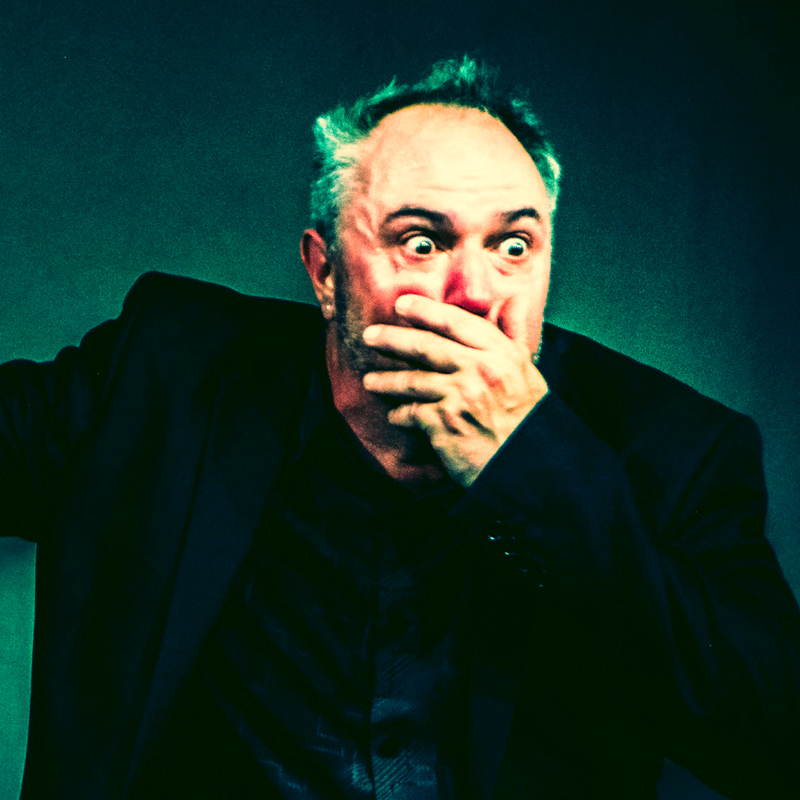 Part stand-up, part-poetry, part storytelling: "Like watching John Cooper Clarke snog Pam Ayres while John Hegley watches" (BBC Radio). Spoken Word, Words and Wordplay! Gavin Robertson is Greg Byron - whose words engage on a range of subjects, from satirical to science, via modern life and comedy, with a smile, a grimace and a wry pointy finger! His 55-word prose can be twisted or absurd, his 'character portraits' use words to paint pictures of people. From witty to wistful, come join the playfulness and the passion! ★★★★★ "compelling to watch" - The Guardian. ★★★★★ "Byron is a Masterful performer" - Reviews Hub. ★★★★ "Byron is engaging, warm, offering each poem as if we were old friends" - Broadway Baby.

Gavin Robertson comes from a physical theatre background (Lecoq, Kemp and Gaulier), producing, creating, directing and performing his own work for national and international touring, usually funded by the Arts Council of England. He has created a diverse portfolio of productions including ‘Spittoon’, ‘The Three Musketeers’, ‘The Six-Sided Man’, ‘Fantastical Voyage’, ‘I Am Who Am I’ and many others, infamously, ‘Thunderbirds F.A.B.’ which played in London's West End on six separate occasions between 1989 and 2002. Each of his productions has toured internationally via The British Council, independent producers and Festivals, including several tours to Japan, Australia and New Zealand, the USA, Singapore, Tunisia, Senegal and Morocco, as well as Hong Kong, Lebanon, Turkey, and many others.