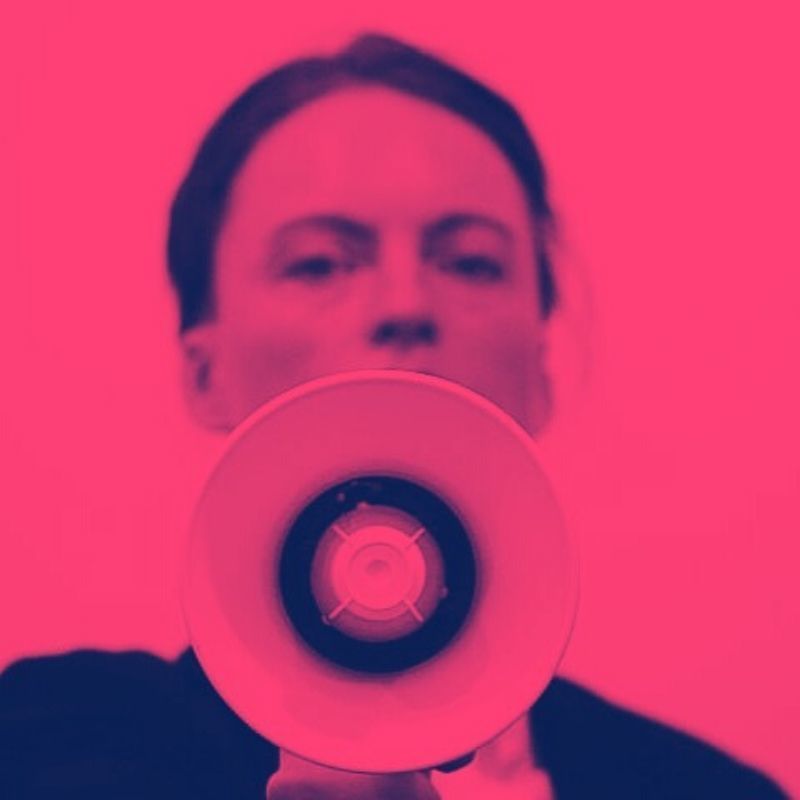 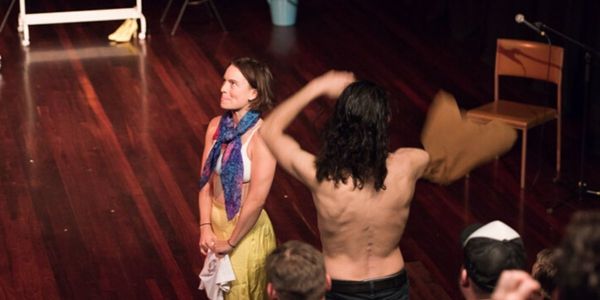 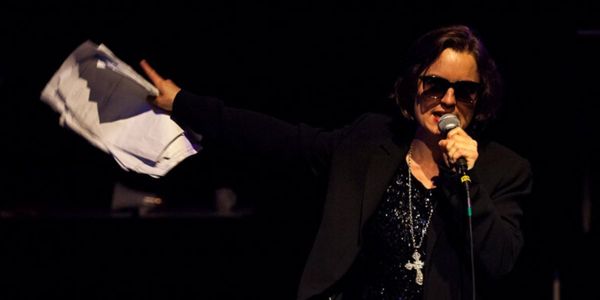 Now more than ever we need to draw inspiration from the galvanising wisdom of rebels; people who are not afraid to speak truth to power and have the courage to take action.

Voices of Joan is a radical feminist punk ritual that calls on the spirit of rebel icon Joan of Arc. In an intimate performance, theatre-maker Janie Gibson unravels the tangled threads of misogyny and Catholicism to invoke Joan's story from the words of Shaw, Shakespeare and the detailed transcript of Joan’s trial for heresy. Directed by Anu Almagro (Song of the Goat Theatre) the artists tune into echoes of Joan in acts of courage and oppression throughout history, in search of a road map for resistance in our uncertain times.

"Janie has established herself as a powerful and original performance maker" Martin del Amo, Realtime Arts

Janie Gibson is a theatre-maker and teaching artist based in Melbourne, Australia. She uses the ritual of theatre as a forum for human connection; a site to hold radical ideas, witness multivalent perspectives and offer counter-narratives to the confinements of the dominant culture. She tells stories in the quest to redefine personal, cultural and political identity through the radical act of being seen and heard. She practices in the lineage of Eastern European ensemble theatre and devised contemporary performance. She has presented work in Australia with PACT, Tantrum Youth Arts, NEXT WAVE, Underbelly Arts, Urban Theatre Projects and Performance Space; and internationally with Odra Ensemble (Song of the Goat Theatre, Poland), Shakespeare & Company (U.S.A) and ULTIMAVEZ (Belgium).

Anu Almagro (Salonen) is a Finnish actress and acting teacher working internationally around the globe. Her interest in performance work, deeply rooted in cultural traditions and born out of authentic and energetic connection between people, drove her to Poland for the first time in 2004. In 2007 she became a member of Teatr Piesn Kozla/ Song of the Goat Theatre, an international award winning theatre company based in Wroclaw, Poland and a teacher of the company's unique Coordination technique. The company tours throughout the world and performs in venues such as The BAM, New York and The Globe, London. She created her own theatre company, Odra Ensemble, which trained and performed in Wroclaw, Poland between 2011 and 2013. Finland based company Anu Almagro Actor Training Tmi follows invitations to share profound and holistic acting technique workshops with professional theatre makers as well with students throughout the world. https://www.anualmagro.com/