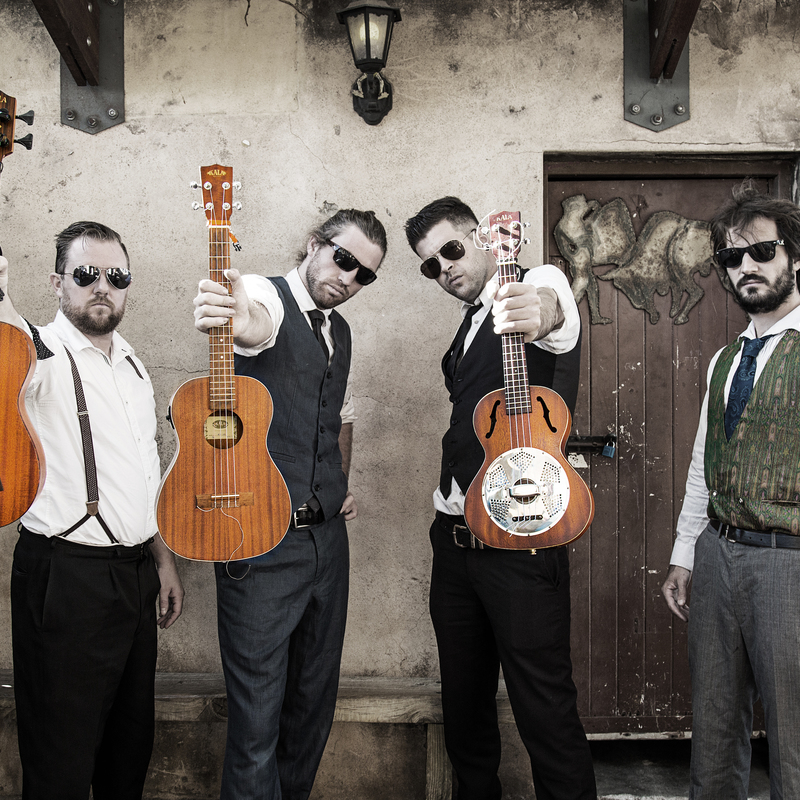 Life isn't easy in the world's most dangerous ukulele band. As they sell-out shows globally, they've met fierce resistance; the old ways of playing ukulele are changing. With broken strings, broken ukes, torn cuticles and a ruthless attitude, the Ukulele Death Squad will tell the tale of the late Bruce Riley - AKA - 'The Squad Father'. The man who was single-handedly responsible for their meteoric rise. Watch them struggle in their quest to protect and expand their nylon empire as these four string virtuosos ruthlessly tear up the stage one nylon string at time in a fitting tribute for their patriarch.

The Ukulele Death Squad strives to entertain and wow their audiences by pushing the boundaries of the small four stringed instrument– the Ukulele.
Exploding onto the scene in February 2017 at the Adelaide Fringe Festival, they blend their own ukulele style with Flamenco, Mexican, rap and Folk, with an energetic performance that goes beyond anything audiences have ever seen. The Death Squad have already managed to achieve sold-out Adelaide & Edinburgh Fringe Festival Seasons in 2017/2018/2019. The UDS will warp your perceptions of ukuleles one nylon string at a time With stage-craft, mad thumping rhythms and outrageous solos, they will quite literally blow your minds. Enter at your own risk. winners of "Best Musical Act - Adelaide Fringe 2018,"
"These guys are fantastic" - Peter Goers