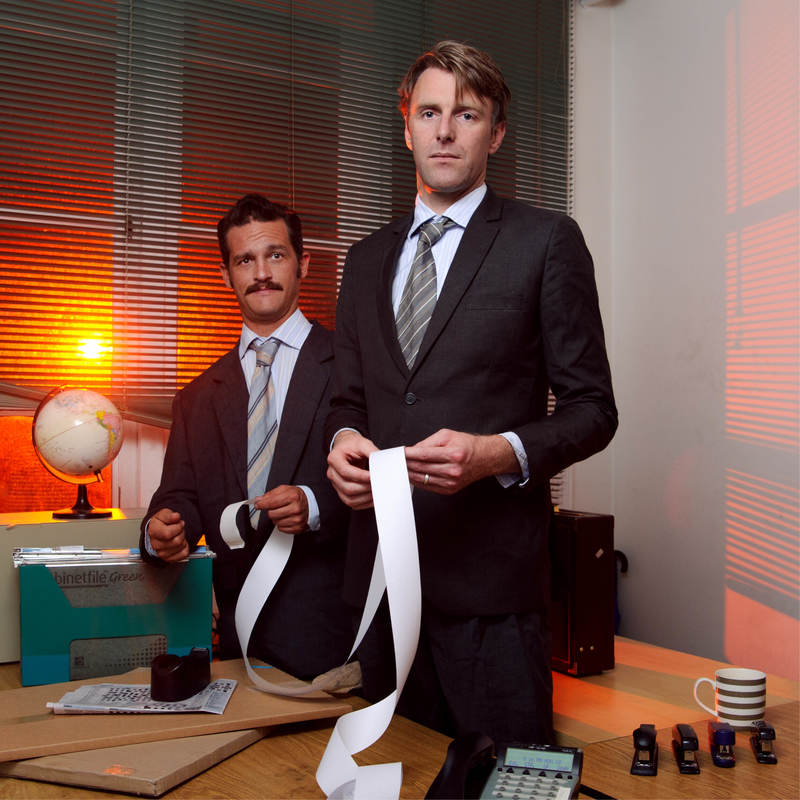 "A howlingly funny, exquisitely performed hour of office-set slapstick from two of New Zealand's most exciting comic talents" - The Telegraph

Direct from their sell-out Edinburgh Fringe season and London's International Mime Festival; Trygve (Kraken) and Barnie (Calypso Nights) whittle away the minutes in the barren office of Ruck's Leather Interiors, patiently waiting for the phone call that may or may not give them something to actually do. In between the drudgery of the 9-5, the minutiae of office existence transform into incredible slapstick as these two clown and comedy performers come together to create something greater than the sum of its parts. Dialogue is minimal, but jokes are plentiful in this extraordinary celebration of the banal.