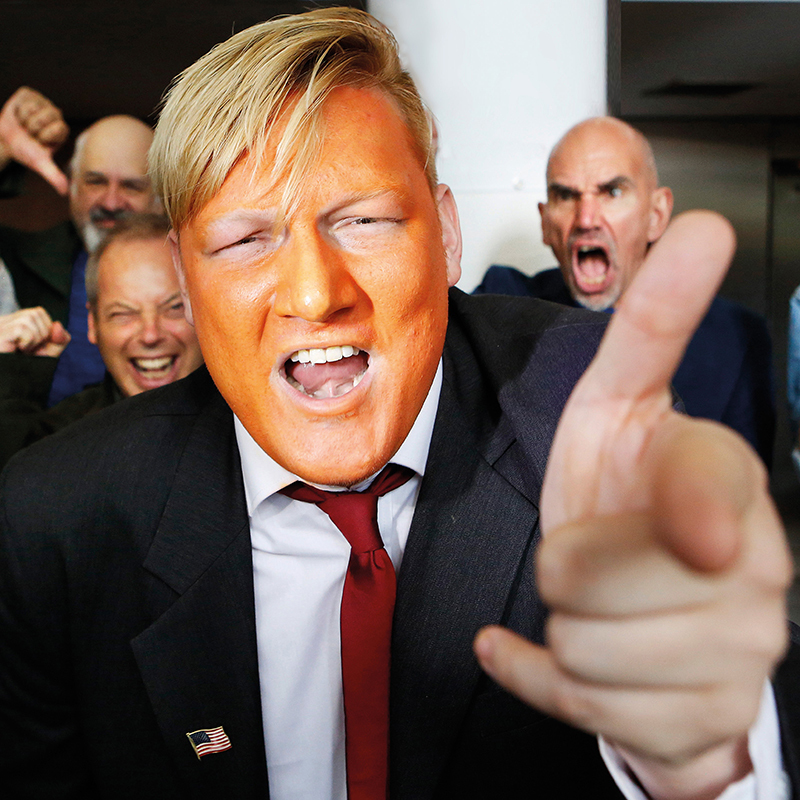 Campanile at The Garden of Unearthly Delights

73% of Australians think Donald Trump should be barred from making a state visit, so he's doing a fringe show instead! Immerse yourself in Trump's world before he blows it to kingdom come: this absurdist satire is as demented, hysterical and disturbed as the man himself. Come with questions for the leader of the free world, as part of the show involves The Donald answering (and mocking) his audience. After two sell-out Edinburgh Fringe seasons, Simon Jay's brilliant show makes its Australasian premiere.

'Remarkable satiric performance.' ★★★★ British Theatre Guide
'Provokes both fits of laughter and furious debate.' ★★★★ The List
'Audiences can fire questions, play golf and even help decide on policy: which country he would invade first, for example.' The Guardian

Simon Jay is a performance artist and writer who has written a bestselling book about mental health and growing up gay, Bastardography. His 2016 show Trumpageddon, which he created and performs, enjoyed two consecutive sell-out runs at the Edinburgh Fringe before going on UK tour. He’s currently working on lots of new stuff, including an exhibition for his self-styled Anti-National Portrait Gallery. www.simonjay.co.uk

James Seabright is an Olivier Award winning producer based in London’s West End, who has presented over 250 shows at the Edinburgh Fringe. Current London productions include Showstopper! The Improvised Musical, Loot by Joe Orton, and A Christmas Carol. His previous Adelaide Fringe hits include Potted Potter, Dinosaur Park and Bill Hicks: Slight Return. www.seabrights.com