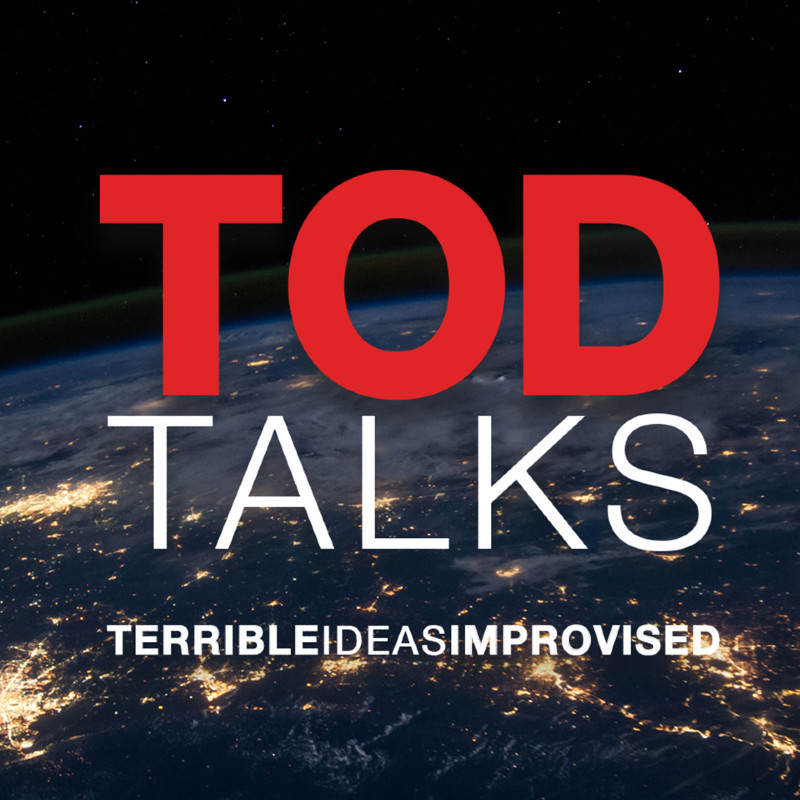 Improvised Comedy, so who knows!

IDEAS (hardly) WORTH SHARING. A show of captivating presentations where the audience has no idea what's coming next, because neither do the presenters. Comedians and improv artists compete in a masterclass of sh*t talking. You decide who bluffed the best and deserves the title of Keynote Speaker.

Audience members get to choose the topic for each presentation. The slides, however, are created in a dark closet filled with memes, cute animals and indecipherable graphs all aimed to stump the experts at every turn. TOD Talks returns to Fringe promising even more powerful power-point presentations with the most cunning linguists taking you down the strangest rabbit holes.

Owen is both an engineer and expert sh*t talker, performing comedy and presenting science for over ten years. 2020 will be Owen's fourth year hosting a show at Fringe festivals with sold-out runs of 2017's 'Everything You Know is BullSh*t!' and 2018's, 2019's and 2020's 'TOD Talks'. His partner in debauchery and weekend arts and craft sessions, Michael Gatt, is a mastermind creative and musician, not to be trifled with. They once sung musical comedy in front of 1200 people at a RAW comedy grand final, and both their voices broke back to pre-puberty on the first note, never to be the same again. Nine years on, Gatt holds all the power in TOD Talks, as the Dungeon Master of the show. In 2019 they got asked to do a real life TEDx talk... about TOD Talks. The irony was just fantastic.