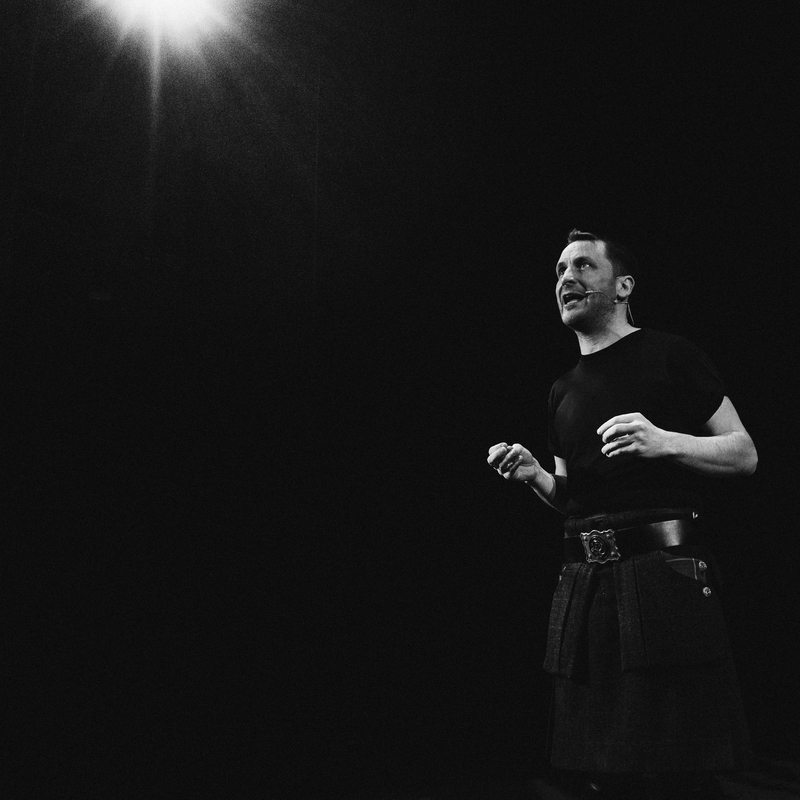 Written and performed by David Colvin, fresh from it's award winning run at the Edinburgh Fringe. An epic one man roller coaster exploring how the traditions of bagpipes were rocked by a bin man from Pitlochry and how he changed the life of one young piper, forever.

Important information:
Last entry is 10 mins into the show, latecomers will not be admitted after this time.

This is David’s second play, “Thunderstruck” took 1 1/2 years to write and nearly the same again to get it on the world stage. He has performed around the world with the National Theatre of Scotland’s highly acclaimed production Black Watch as well as performing with communicado and Northern Broadsides theatre companies. He has been a bagpiper since the age of 10