The Stevenson Experience: Spot the Difference 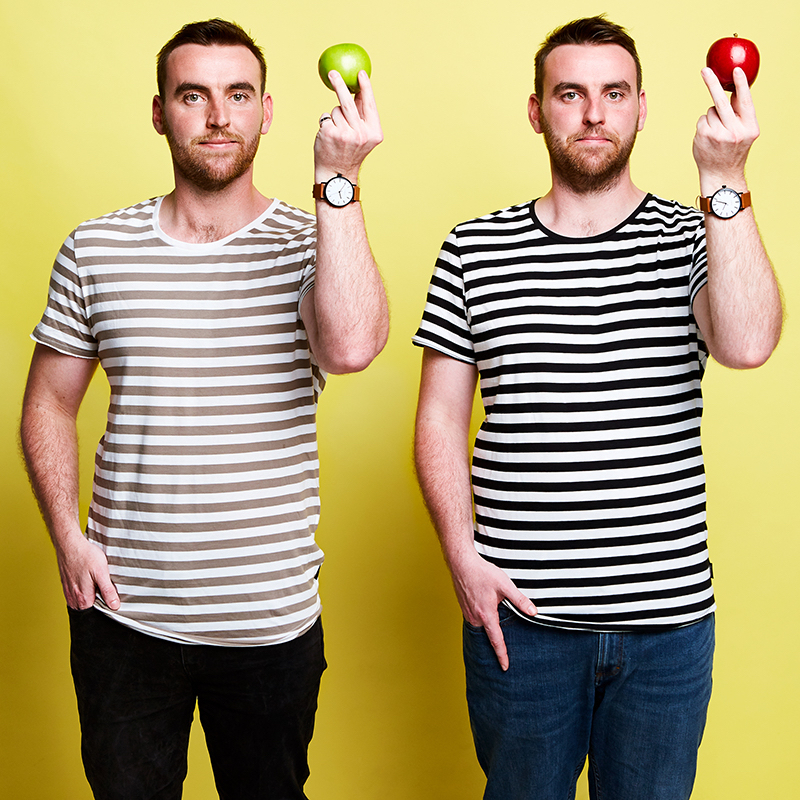 Three-time Perth FRINGEWORLD Best Comedy Award Nominees, 2015, 2016, & Runner-Up 2017.
As seen on Channel 10, ABC, and The Comedy Channel
A new show of uproarious musical comedy from Australia's favourite bickering identical twins. Settle in for hilarious songs that have seen them compared to Flight of The Conchords,Tim Minchin & Bo Burnham, mixed with their trademark sibling rivalry banter. In 2017 the Stevensons swept the world - selling out entire seasons everywhere from Melbourne to Edinburgh - and picking up a Best Comedy Nomination for the third year in a row at FRINGE WORLD. After all that, you'd think they'd have started to get along. You'd be wrong.
"Hilarious. You will not regret it" ★★★★1/2 Herald Sun
"An absolute stand-out" ★★★★★ The Fountain Edinburgh