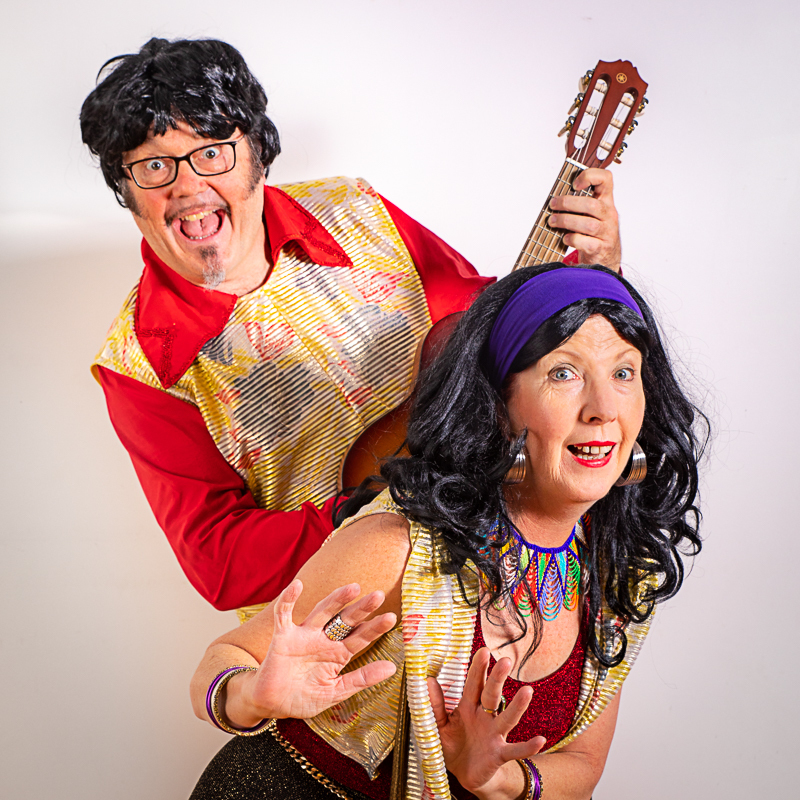 Johnnie and Janine Smithergreen are a middle-aged brother-sister singing act (not so) fresh from the sixties and seventies. They revisit a selection of groovy girl-boy duets that outdo the Osmonds, crush the Carpenters and reconcile Sonny and Cher. Delivered with their own unique mix of wholesome positivity and aging hippy sarcasm, they will blow your idea of political correctness to Smithergreens!

Stuart Day is a composer, songwriter, producer and multi-instrumentalist who has worked in a wide range of musical settings over thirty years. His music has been heard from country pubs and capital cities to the TV screens and theatre stages of the world.
Dianne Reid is a performer, choreographer and filmmaker. In 2012 Dianne presented Dance Interrogations at the Adelaide and Edinburgh Fringe Festivals. Her work Cabin Fever won the weekly award for Best Dance at the 2019 Adelaide Fringe.
Stuart and Dianne first performed together back in the mid-late seventies in Mt Gambier High School drama productions and the band The Bushrats. Now they reunite some 40 years later proving that things do indeed come full circle and that it’s a small leap from puberty to menopause.