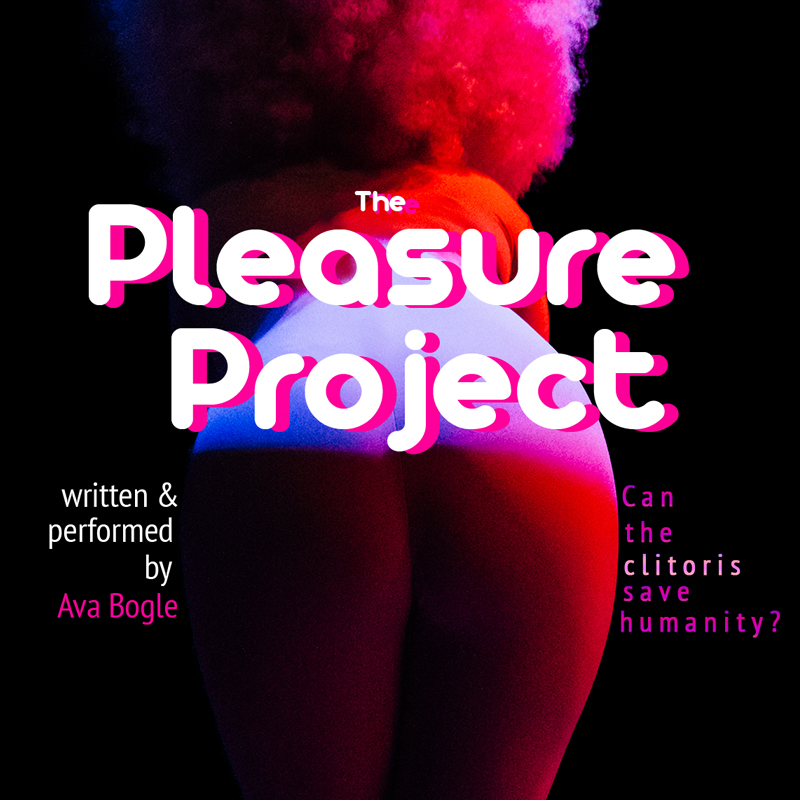 “Funny, engaging, informative and empowering… You will leave feeling inspired, fulfilled and ready to change the world.” MS. MAGAZINE

“There is a purity to [Ava Bogle’s] ode to the vulva that is wonderful to behold.” BETTER LEMONS

“Lively and campy and a fun time all around.” GIA ON THE MOVE

Five aliens preparing to leave earth in light of an impending nuclear war pose the question: Can the clitoris save humanity? The comedic multi-media production combines film, dance, music, lip-syncing & donut holes. Fresh off a successful run at Hollywood Fringe Festival, where it won THE ENCORE PRODUCER’S AWARD and was described as "The love child of The Vagina Monologues and Mars Attacks!" this critically-acclaimed one-woman show now makes its Australian debut!

Ava Bogle is an actor, writer, filmmaker, comedian and sex blogger at DiaryofaSluttyFeminist.com. As a comedian, she has appeared at The Comedy Store, Flappers, and The Viper Room where she likes to talk about sex and feminism. Her short films have screened internationally and won awards, including the Grand Jury Prize at HollyShorts and YoungCuts, among others. Most recently, her film Meryl Fuckin Streep had its World Premiere at Lady Filmmakers Festival where it won Best Experimental Film.