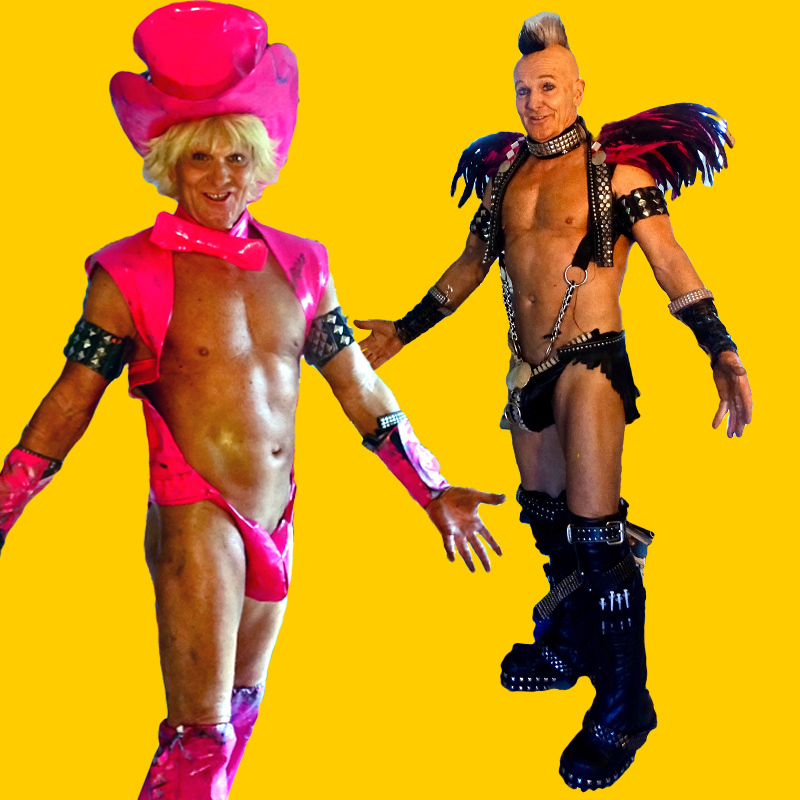 There are millions of Artists in the world, but in 2004 Tim Patch invented Penis Painting and became the first artist to paint full time with his Penis. Naming himself Pricasso he will demonstrate his skills and describe the process in comical detail. His alter ego, Speedy da Vinci, will speed paint some famous faces with spectacular paint effects.
Pricasso started practicing in the privacy of his studio, in the Gold Coast Hinterland before telling a friend who booked him to appear at a Brisbane night club. It was so successful that Sexpo sponsored him, and for the past 12 years he has performed all around the world at Adult shows, clubs, and TV.

After Graduating and getting Married and having Kids whilst attending The west of England Colledge of Art and design, I started life as a carpenter, moving to Australia in 1977 I started "Hellfire Pottery" and became president of the Gold Coast Sculpture Society which I held for 2 years, and as a hobby I drew Charcoal portraits at Sunday markets. In 2004 I invented the persona of Pricasso, which involved painting portraits using my Penis as a brush. Sexpo has sponsored me form 2005 till now. I have performed internationally including countries Mexico, USA, Brazil, Germany, Spain, France, UK, Taiwan, China, South Africa, Netherlands, Sweden and Australia.
For the first time I am incorporating stand up comedy and speed painting to my performance which I will debut at the Adelaide