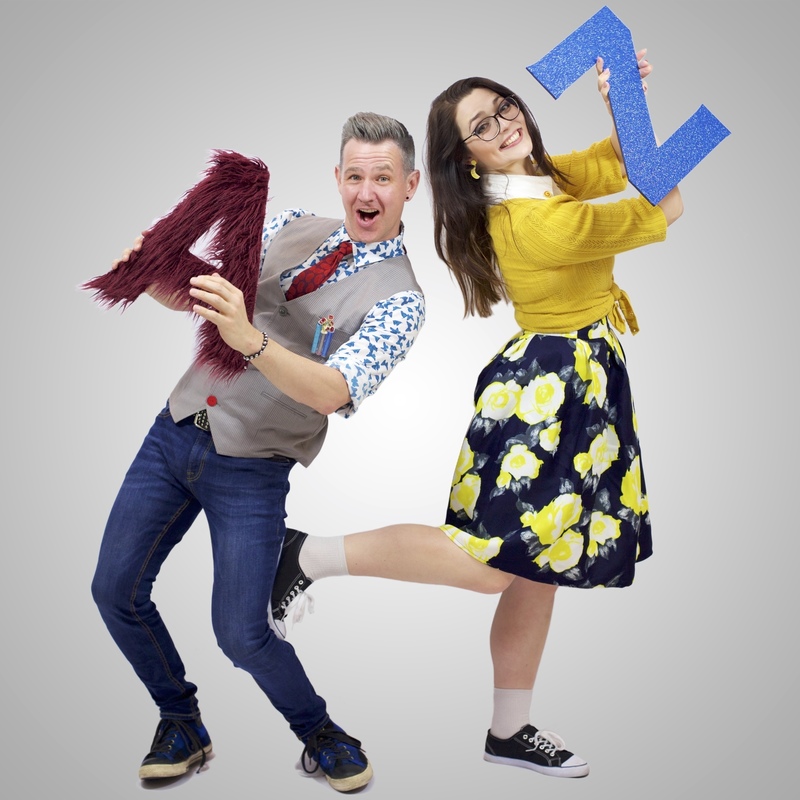 A little water is splashed about during the show

Join professors Lexi Con and Noel Edge for a thrilling voyage through the alphabet where fascinating words inspire spectacular science. Combining Lexi's love of great big chewy sesquipedalian words and Noel's dazzling grasp of all things scientific, this peppy pair of professors poke and prod at the world around them -- one unpredictable letter at a time.

It's a race from A to Z, with 26 letters inspiring 26 experiments. But will they make it to the end of the alphabet in time? It's as easy as A, B, C (that's Anisotropic, Bolide, Conglobate) in a show that's D, E and F (Dynamic, Exciting and Fun). The following are a bunch of awesome words used by teachers to describe That Science Gang's previous shows: "Exciting, entertaining, thrilling", "Best science show I've seen", "Huge impact".

Presented by:
That Science Gang

Awesome SCIENCE! Awesome FUN! That Science Gang (TSG) was created by expert science communicator and ex-children’s TV presenter David Lampard (Y?, Nexus, Behind the News). The company has been producing and presenting science-themed edutainment experiences for just over a decade and a half, performing for hundreds of thousands of children and their families. These presentations have included: ‘stand up science’ shows, theatre productions, rock musicals, workshops and site tours. Since 2010, TSG has been collaborating with SA Water to create a wide variety of performances, workshops and tours, including the hit game show ‘Just Add Water’. Between 2002 and 2012, TSG visited schools with their Sensational Science program, performing for almost a quarter of a million students.