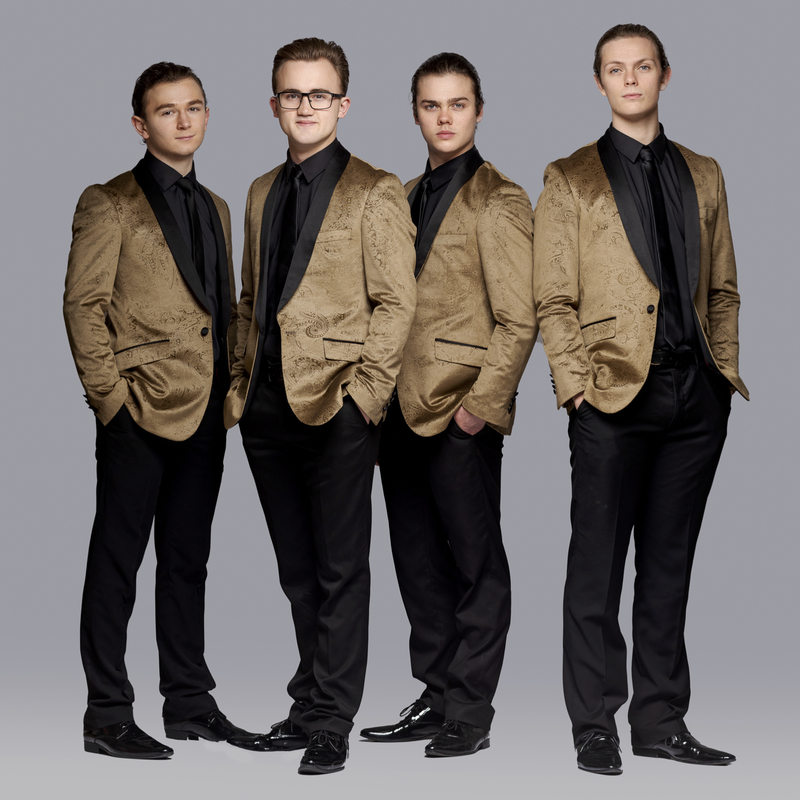 Fast becoming one of South Australia's most popular vocal groups, The 60 Four is a four-piece Adelaide based group, who are presenting the hottest, freshest 60s tribute act.

Combining hit songs, world class harmonies, smart suits and slick choreography, The 60 Four are a vocal and visual treat. With an updated set list, you will be up and dancing to all your favourite artists of the 60s: The Four Seasons, The Beatles, The Beach Boys, Johnny O'Keefe and new artists including The Supremes, Aretha Franklin, Martha Reeves and many more.

Important information:
Please note that the show on 16th March at the Norwood Concert Hall will be backed by a live band!

Please note:
The show on 30th March in Mount Gambier is a BYO event.

The 60 Four is a four piece Adelaide based group who are presenting the hottest, freshest 60s tribute act.

The group are led and directed by Ben Francis who, along with Lachlan Williams, Kyle Hall and Jack Conroy, began performing 60s songs when at school together at Scotch College. They weren’t born in this era but don’t let that fool you into thinking their portrayal is inferior. They bring their own arrangements and a blend that emanates from their obvious rapport as friends. The group have gone from strength to strength and performances have included two sold-out Fringe Seasons, a contract with The Royal Adelaide Show, the South Australian Media Awards, The RFDS Barefoot Beach Ball, Big Girls Day Out, and many other corporate, charity and private bookings.