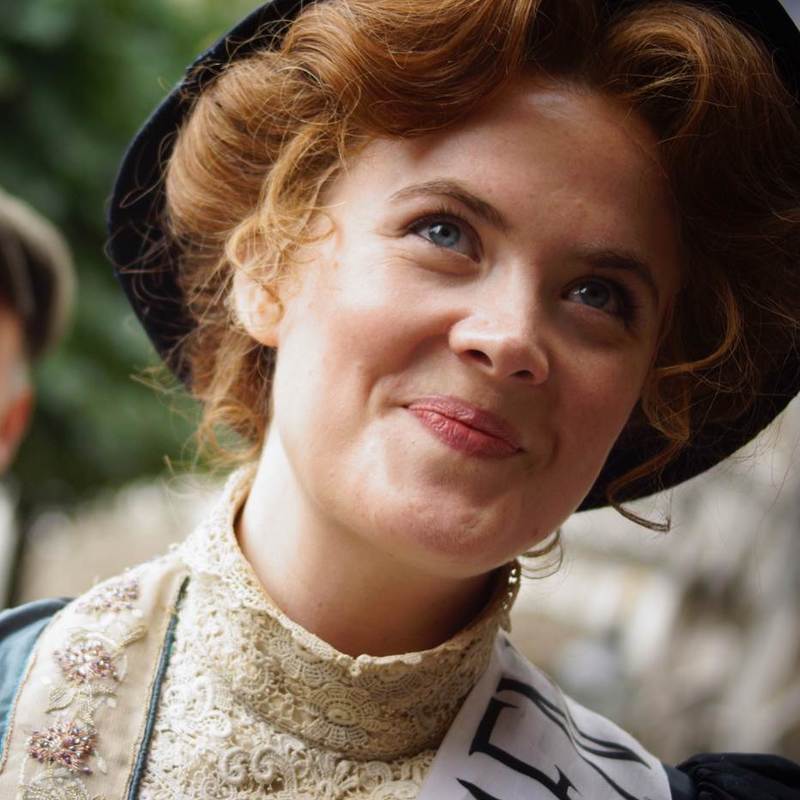 "I was born a suffragette. I saw that the world treated women unfairly, and rebelled. The Women of England demand the Vote!" The amazing true story of Muriel Matters; the Adelaide-born Actress who became one of the leading figures of the UK's Suffragette movement and was the "Foremost Woman Orator in Britain". A solo-play with music written & performed by Joanne Hartstone ('The Girl Who Jumped Off The Hollywood Sign': WINNER 2017 Adelaide Fringe Made In Adelaide & Holden Street Theatre Awards ★★★★★ "Joanne Hartstone is an all-round entertainer, oozing comedic, dramatic and musical talent. A true Super Star is Born." - Edinburgh Guide ★★★★★ "The audience were utterly captivated by Hartstone's in depth character study and riveting performance. A real highlight of the Fringe." - Theatre Weekly)

From Adelaide, South Australia, Joanne Hartstone is an internationally successful theatre practitioner with experience as a director, performer, and producer. She has brought many international companies to Adelaide to showcase their productions, and has proudly promoted the quality of local theatre and artists from South Australia in platforms such as Edinburgh, New York, and Los Angeles.
In 2017, Joanne was the recipient of the inaugural Made In Adelaide Award in the Adelaide Fringe, as well as the Holden Street Theatres Award for her show 'The Girl Who Jumped Off The Hollywood Sign'. This will be Joanne's 12th consecutive Adelaide Fringe. She is presenting 9 productions at 5 different venues and is also the Artistic Director of the Noel Lothian Hall in the Adelaide Botanic Gardens.