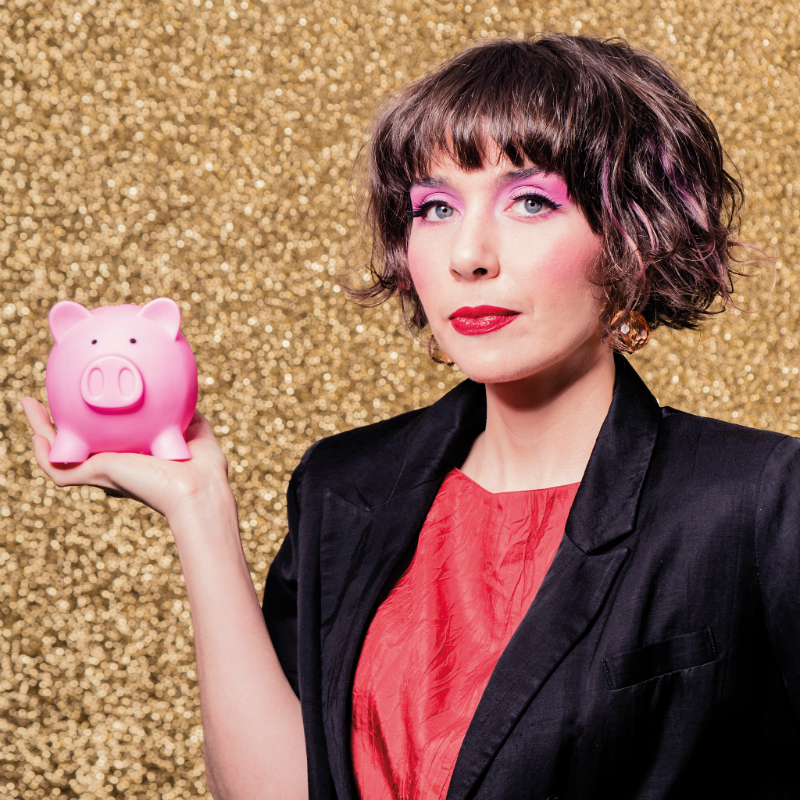 Did you know that women often retire with a lot less super than men? Elizabeth didn't. She gets her financial advice from Shirley Bassey and spent all her money going to clown school. But now they tell her she has to raise an extra $350,000 for her retirement, just because she has a vagina. So she's doing a comedy show. Welcome to the Super Woman Money Program.