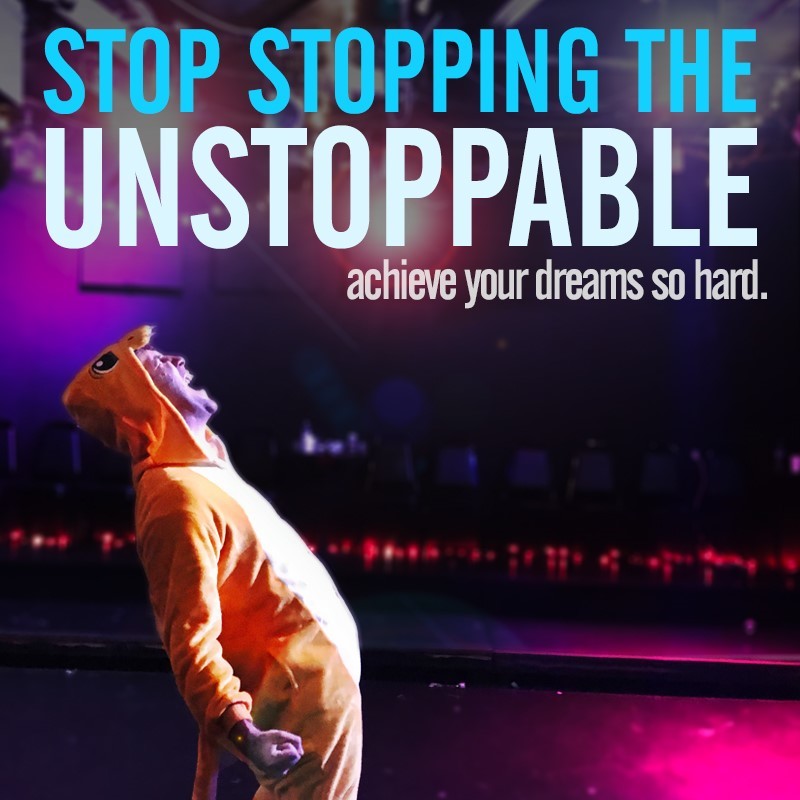 Award-winning, LA-based comedian Ross Everett (SourceFed, SMOSH, Annoying Orange) premieres his debut, transformational comedy show at the Adelaide Fringe!
A self-described Transformamotivational speaker, Ross is here to help you achieve anything in your life. Through years of work in the self-help world and even more years of accomplishing nothing, this one hour extravaganza is designed to help you learn the secret to unleashing your greatest power.. Your true self.

Ross Everett (SourceFed, SMOSH, Annoying Orange) brings his transformational comedy style out from Los Angeles, CA where he learned that he is enough.
Ross first gained notoriety for his man on the street YouTube videos that have been featured on BuzzFeed and The Huffington Post. He went on to host for the Streamy Award winning YouTube channel SourceFed and wrote for popular online shows SMOSH and The Annoying Orange.
Ross went on to study clown at Ecole Phillipe Gaulier in France where he learned humility, but he learned it better than everybody else.
Having been through a combination of self-transformation workshops and studying at Ecole Phillipe Gaulier, Ross combines his years of life coaching and motivational speaking with not having a clue.
You find more of Ross on his YouTube channel YouTube.com/TheRossEverett
Ross is represented by Artistic Endeavors