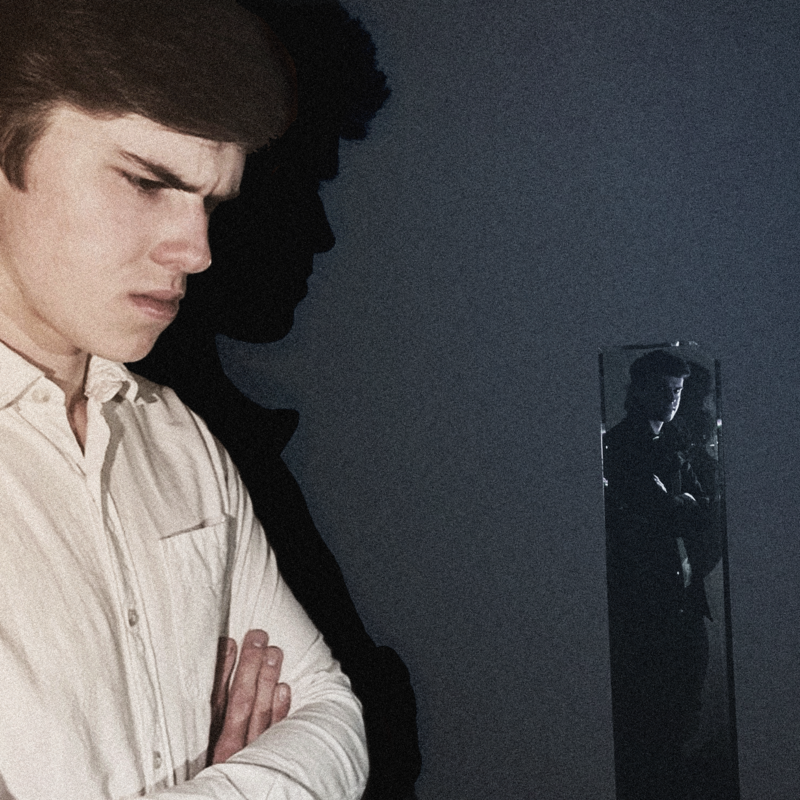 When Josh encounters a stranger passed out on the footpath, he does the decent thing and helps the man out. Surely the stranger's obsession with Josh is just due to gratitude. It couldn't be anything more sinister. Could it?

As the stranger's obsession grows, Josh is faced with mounting pressures in his personal life: from his demanding girlfriend, strained friendships, and his family, and he is forced to choose between them. All while combating a stalker who seems to know far too many details about Josh's life. Things he's never told anyone.

'Shivered' is a thrilling debut stage production about obsession, regret and trying desperately to do the right thing in life. Whatever that means.

Matthew and Dana Cropley are trained actors who have worked on screen and stage for most of their lives. Matthew holds a Bachelor of Creative Arts from Flinders University and is a writer whose short fiction has been published in ‘Dimension6’ and ‘Sword and Sorcery Magazine’. He also writes for 'Grimdark Magazine', 'bestfantasybooks.com' and 'Heroes' Tears', and currently works as the Program Coordinator at the SA Writers Centre. He wrote and directed his debut stage-work, the dramatic play Linger, in the 2017 Adelaide Fringe festival, and was awarded a Certificate of Commendation for the play by the Flinders University Young Playwrights Award. Dana produced and acted in ‘Linger’, and also directed and acted in a successful run of Nick Enright's 'Blackrock' in the 2016 Adelaide Fringe.