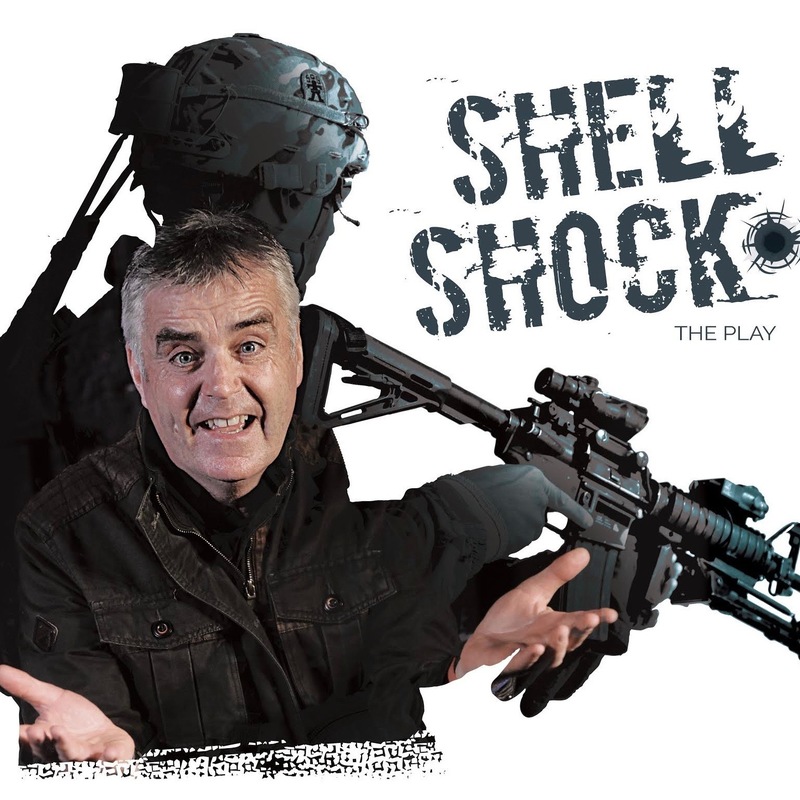 A darkly comic tale of an ex-army medic who does NOT have Post Traumatic Stress Disorder. Adapted from the Neil Watkin's deeply personal novel, it portrays a moving and poignant struggle with life back on Civvy Street after tours in Iraq and Afghanistan where emotionally charged scenes are fused with light-hearted observations of everyday life – a trip to Ikea, a seemingly mundane post office queue, relationships and family.

Performed by Tim Marriott and created with the support of military charities Help for Heroes, Combat Stress & the Armed Forces Network it comes to Adelaide after 5⋆ reviewed seasons in Edinburgh and NY where 'Shell Shock' was invited as a Fringe Encore Winner.

Presenter: AdFringe2018 #LestWeForget series. Guy Masterson is a UK based actor/presenter that has mounted some 40 shows here since 2004's award winning "12 Angry Men". He is responsible for hits such as "Under Milk Wood", "Animal Farm", "Shylock", "Adolf", "Austen's Women", "The Sociable Plover", "Scaramouche Jones" and "Oleanna" among many others. In 2010 he co-founded CIT - Adelaide's Centre For International Theatre with local impresario, Joanne Hartstone. His company is the most awarded at the Edinburgh Fringe inc. an Olivier Award in 2010 for "Morecambe".
On this occasion he presents Smokescreen Productions and the work of fellow producer Tim Marriott.