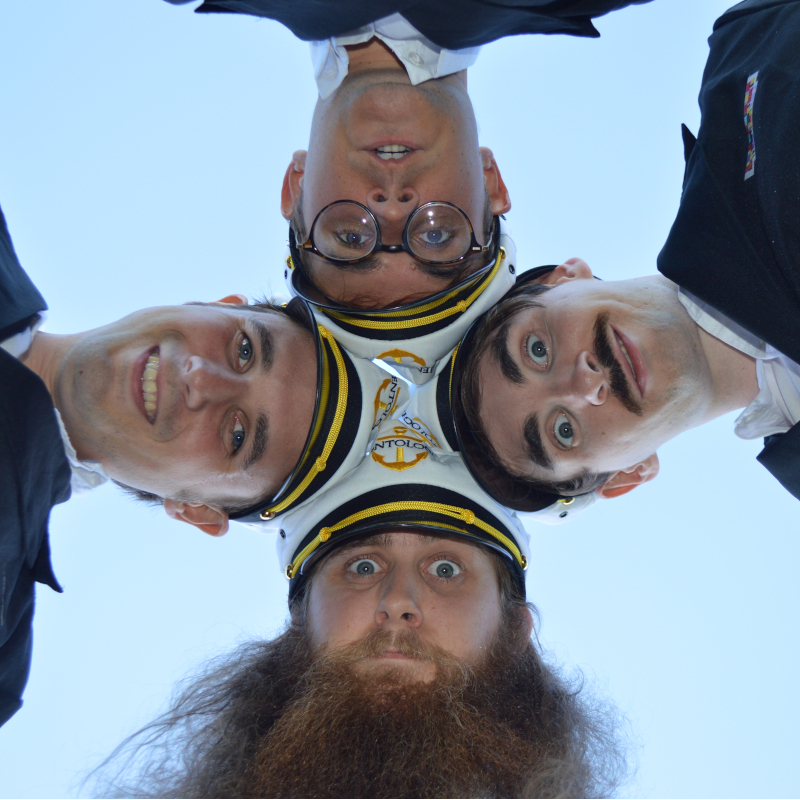 
Fresh from a hit run in the Melbourne Comedy Festival 2018 and Edinburgh Fringe 2018, George Glass return home to Adelaide with with the full version of their hilarious musical. Explore the world's most infamous pseudo-science pseudo-religion. Tickets will sell fast, do not miss out on this critically acclaimed show's final run in the Adelaide Fringe. Tom Cruise will not be attending #seeitbeforewegetsued

Find the music on Spotify!

George Glass is an Adelaide based cryptocurrency and machine learning comedy group who have performed in festivals around the world for the last 7 years. They also have their own currency, Glasscoin. With an eclectic mix of instruments ranging from funk guitar and bass all the way to piano accordion and saxophone, George Glass have brought to life a unique brand of music-comedy. Writing and performing musicals about funeral homes, pornography and politics, George Glass have now turned their compass toward religion, using Scientology as the springboard to open the conversation. With the release of their debut album Scientology The Musical, George Glass are taking their show of the same name around the world in their quest for comedy glory and musical enlightenment.