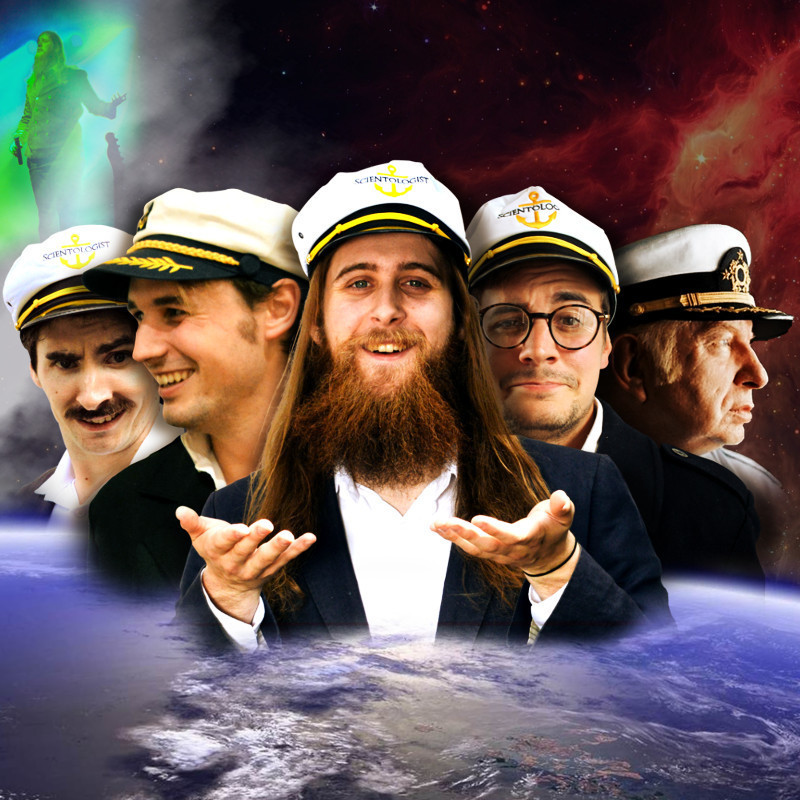 Learning the secrets of the universe may lead to losing your mind.

Writers of Abbott! The Musical, George Glass invite you to discover the inner workings of the world's most controversial religion. Fresh from sell out shows in Edinburgh and featuring live original music; don't miss this cult hit. "The songs were quite amazing" The Advertiser ★★★★★ "Intelligent and satirical" Kryztoff. See it before they get sued!

Important information:
Learning the secrets of the universe may lead to losing your mind.

George Glass have been developing their ability to write and perform music-comedy since 2012. After several years of performing sketch comedy with a range of different musical-genres, the Adelaide-based comedy group went on to develop politically charged satirical comedy, Abbott! The Musical. Performing in Channel 9 Studios Adelaide for the 2015 Adelaide Fringe, George Glass went on to perform Abbott! The Musical (until the man himself was headbutted from the top job) in the, Melbourne Fringe, Canberra Comedy Festival and Melbourne International Comedy Festival. Since then George Glass have turned their compass toward religion in the form of Scientology. After sell-out shows in Edinburgh and Adelaide, George Glass now return home to put on their biggest show to date.