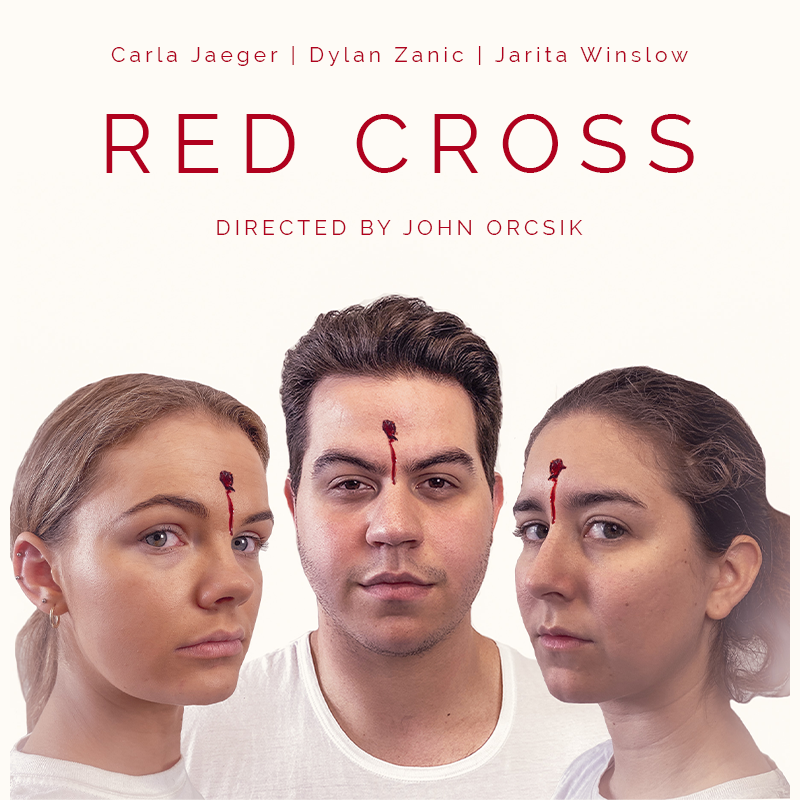 Sam Shepard's absurd and hilarious one-act play, Red Cross, explores the fragility of human nature through the affliction of paranoia, written during America's unrest surrounding the Vietnam War. Today, in a time inundated by conspiracies, fear and a divided nation, Red Cross is more relevant than ever. Directed by Australian acting icon, John Orcsik

TAFTA Productions is Australia's oldest film and television acting academy giving students access to professional, industry-leading training by industry professionals. John Orcsik, started TAFTA on the Gold Coast in 1994. He has written, directed and performed for stage, the small screen and the silver screen and has been sharing his insights into the film and television industry with students across Australia for over twenty years.He has performed in countless Australian film and television productions with major sustaining roles in numerous TV series and continues to work as an actor alongside his desire for mentoring new generations of performers. More recently, John has ventured into directing and writing productions for TAFTA.