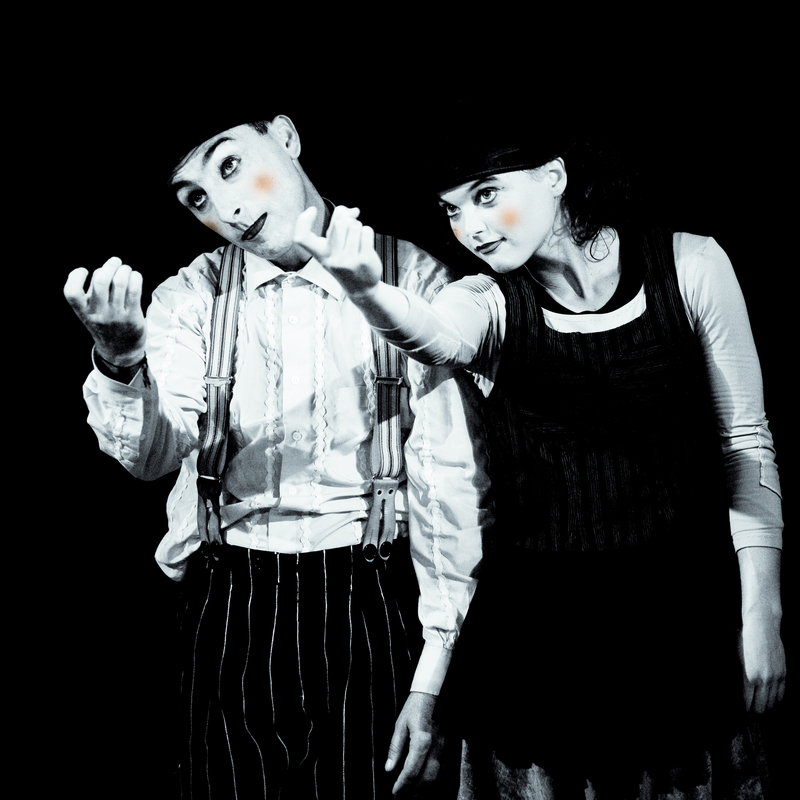 Two characters take to the empty stage in a timeless performance of exhilarating physicality and exquisite humour for an extraordinary physical performance blending contemporary clown with theatre and circus.

Prize-winning, inventive, exciting, ridiculous, this breathtaking pas de deux of mishaps and acrobatics will have you laughing long after you leave the theatre.

Unique, virtuoso & very very funny, Pss Pss has played all over the world to huge acclaim. Do not miss it!
Winner of the Cirque du Soleil Prize & numerous other prizes.

★★★★★ "Enthralling...inspired...hilarious" The Times
★★★★★ "Extraordinary... riveting ...infectious... one of the most magical shows on the circuit" The Stage
★★★★ "Outstanding...Triumph" The Independent
"A total delight.... See it, see it!" Total Theatre Magazine

Camilla Pessi and Simone Fassari met at the Teatro Dimitri school in Switzerland, and parted company.
They went their separate ways, performing in many circuses and cabarets in far away countries, without seeing each other for years.
Then one day, in 2004, Simone contacted Camilla to stand-in for his usual acrobatic partner who had run away from him, and thus they met again.
It did not take long…
Together they perfected the characteristics and techniques of their clown characters, creating the repertoire with which they ran away from the circus they were in, struck out alone, and now continue to travel the world, this time together. In 2010 they completed the Company’s first full-length work, naming the show Pss Pss, a show gleefully received and acclaimed all over the world.