One more cup of coffee and then we'll save the world 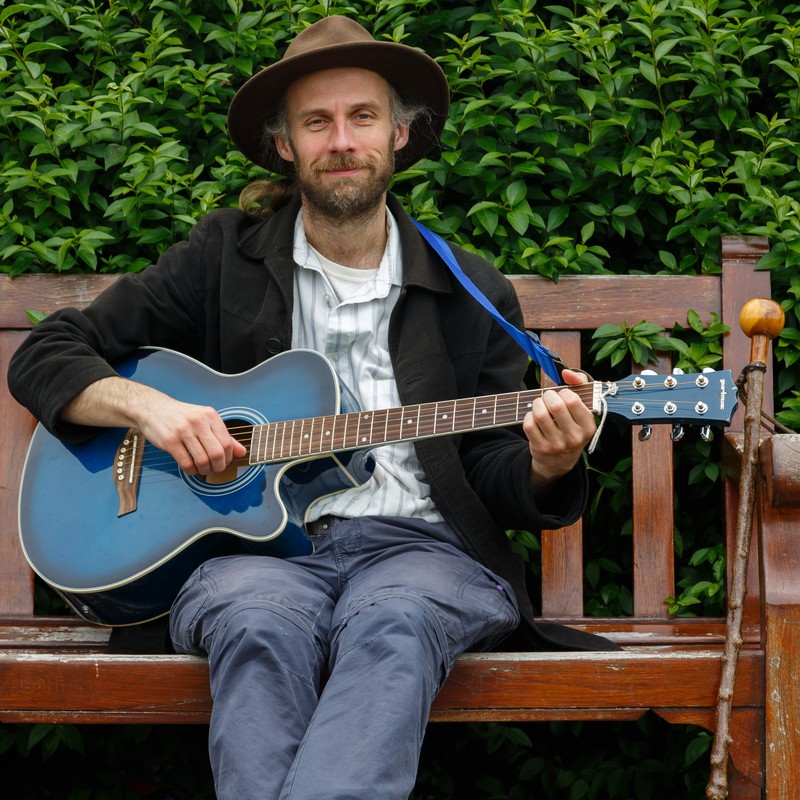 UK-based singer-songwriter, poet, musician, environmentalist and caffeine addict Majk Stokes comes to Adelaide for the first time to present a show built around two of his greatest passions, the environment and coffee. His subject matter takes in everything from archaeology and deep ecology to science fiction and superheroes, and his style is perhaps best described as a blend of Tom Lehrer, Bob Dylan and Bill Bailey- but make sure to strain off the B's or they'll give you indigestion.

Majk Stokes has been writing and performing silly songs for slightly longer than he cares to admit, and owns more guitars than is strictly necessary. His first band, Porridge Stoats, played in and around Edinburgh for several years, and nowadays he plays and calls ceilidhs with the Shingis McKingis ceilidh band. His first CD, "Scratch One", was a short-release fundraiser album as part of a charity appeal that raised over GB£20,000 for an orphanage in Madagascar. His new album, "Too Much Caffeine", is out now. He has appeared in the Edinburgh Festival every year since 2013, he has performed on four continents, and his left hand has appeared on television three times. He decided to perform at Adelaide this year because he's visiting his sister in Melbourne, and he reckons “it's on the way".