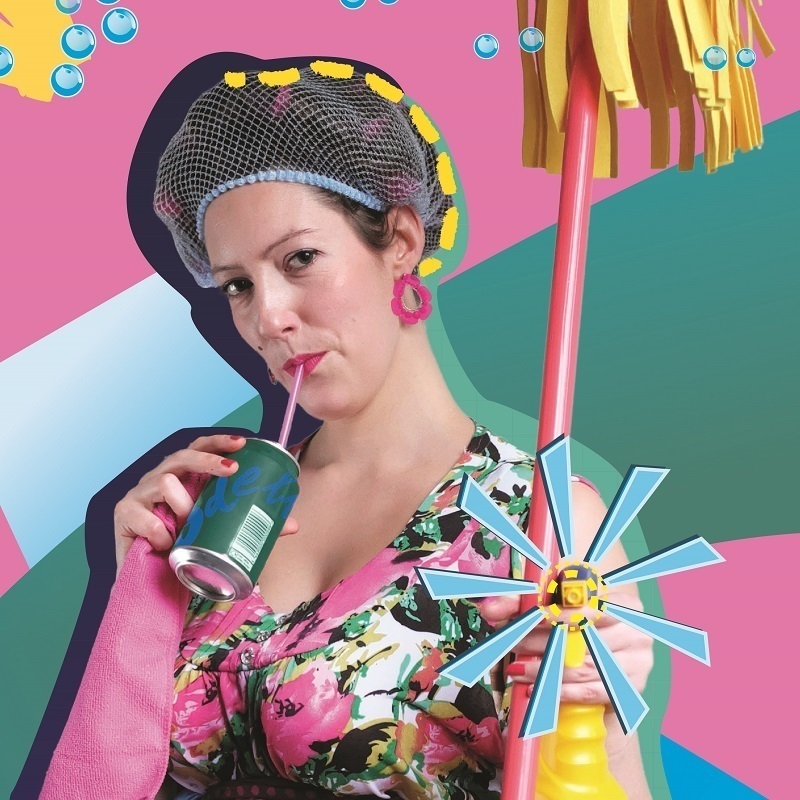 She won't let little things like the minimum wage and an ever-expanding baby bump get in the way of her lust for life - oh no! Join her for an hour of soap opera silliness as she shakes her booty to win the heart of immaculately coiffed super star Ridge. Yes, Odette is going for gold and she wants you to come too!

★★★★★ 'Marina is a brilliant actress, a fantastic singer & a complete master of the mop!' Mumble Comedy.
★★★★ 'Come on down and see this excellent comedian in all of her glorious action' Fourth Wall Media.
★★★★ Marina has 'a grace and playfulness that many performers would benefit from emulating' Gutter Culture.

An accomplished performer on both stage and screen, Marina's recent work includes the title role in Dario Fo and Franca Rame's dark comedy 'A Woman Alone' at London's Etcetera Theatre; Trudy Gilbert in 'Chasing Robert Barker', (National Film Awards Best Action Film 2016); Rosaline in Robin Norton-Hale's Olivier Award winning 'La Boheme'.
She can regularly be found singing her heart out on the London cabaret circuit!
'Her command over our comedy pleasure-zones is both instantaneous & continuous.’ ★ ★ ★ ★ ★ - Mumble Comedy
'Marina Margarita carries out the role with amazing verve and total conviction. Never failing to deliver the tons of energy and concentration required by this fast-paced...funny but highly significant play.' ★ ★ ★ ★ - Pocket Size Theatre (For 'A Woman Alone')