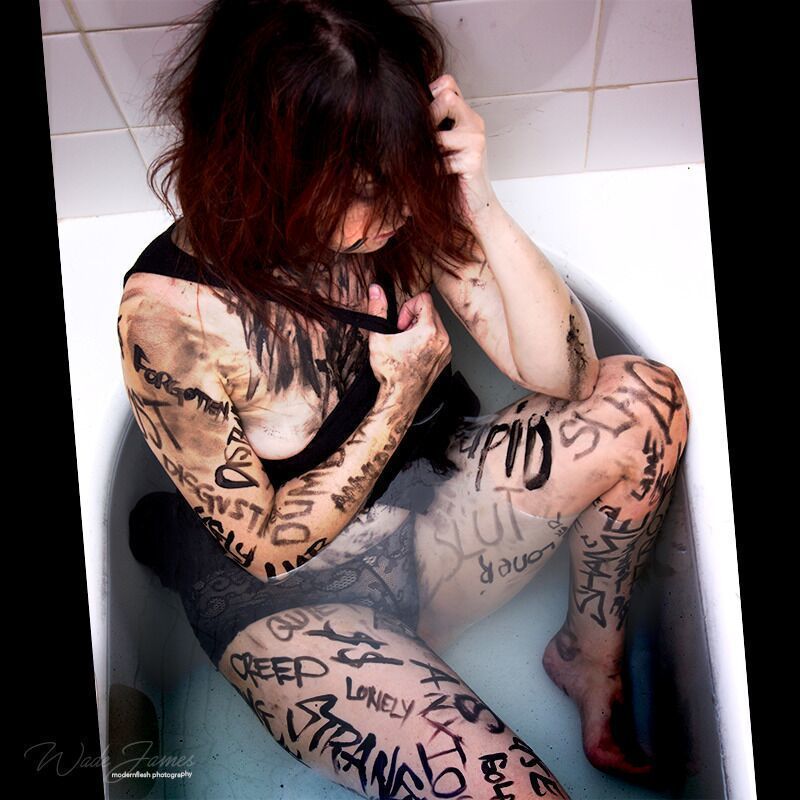 Trigger Warnings - #nofilter is based on mental health conditions

Internationally acclaimed, #nofilter provides a mixed media experience creating a theatre world of its own. Described as "German cabaret expressionism", Vaudeville performers parade around, interacting with their audience in a backstage voyeuristic view of The Black Dog Circus. With a heavy premise of normalising the conversation on mental health, the topic is encountered throughout.

Relate to the cast as they bare experiences of survival, struggles & loss. Choreographed by Dannielle Candida to reflect the stories & emotions amplified by an incredible music score accompanied by live instruments & vocals. The last time this production was in the Adelaide Fringe it received an invitation to perform for a month in France at the Festival d’Avignon.

"The choreography beautifully and intense" Great Scott     “Voyeurism in a dark vaudevillian, anti-world with #nofilter” Man About Adel
In Memory of lost cast member Mitchell “I am lost in our rainbow, now our rainbow has gone”

$15 from every VIP ticket sold across the 3 performances will go to a local suicide prevention charity of choice.

Candida has been producing since 2010. Studying acting for six years & performing Burlesque for seven, it’s no surprise she has collided the two through combining dance, theatre & choreography. Storytelling with music then became mini theatre productions without the use of verbal communication. Labelling them "Theatre Clips" she taught this technique at S.A Casting. In 2015, Candida & Wight briefly joined forces, writing #nofilter. Exceeding all expectations & receiving 5-star reviews, VCP was invited to perform in the festival D'avignon France, 2016. Candida has re-written #nofilter & has plans to workshop it with the local youth. She also has future plans to travel the production to rural areas "we need to normalise this taboo topic, how can people be expected to say 'I'm not ok' if no one wants to talk about it?".