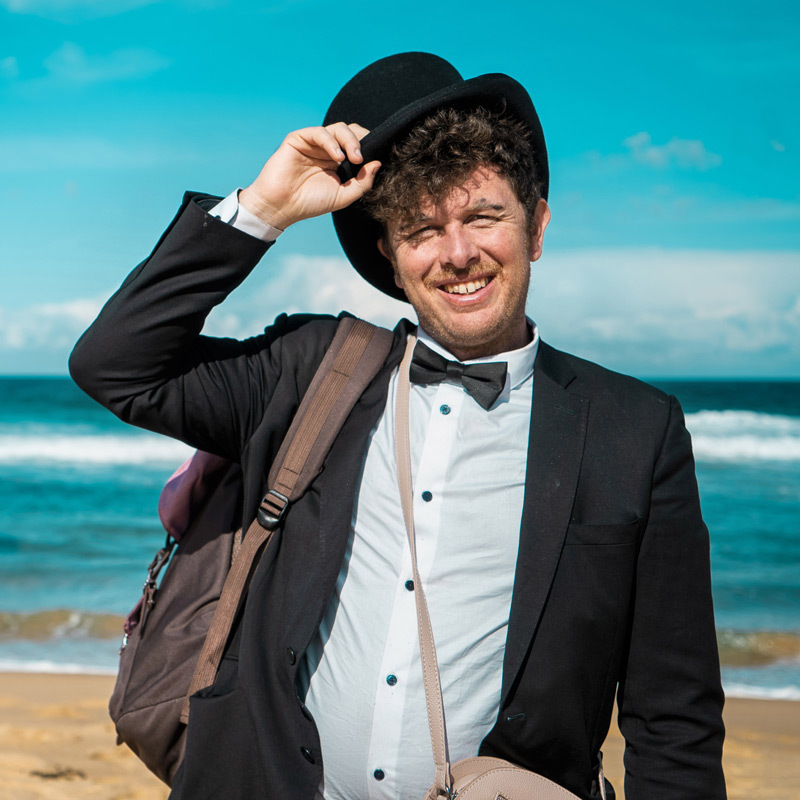 The Squeaker at Gluttony - Rymill Park

Last year, Nick Capper was crowdfunded to go to London via six different countries in the worst way possible, whilst wearing a tuxedo the whole time. Losing your passport and running out of cash sounds like just an anxiety dream for some, but that was just day one.

'Tuxedo Traveller' is Nick Capper's new show about his tumultuous multi-leg journey by every mode of transport imaginable, while at the mercy of an online group of podcast fans, funding his every move and mischief. This is like Getaway, except while jumping over a burning bus with undies full of scorpions.

"Nick Capper is the real deal. He has funny bones and a wild imagination that spins amazing stories" Anne Edmonds

Capper is known from his appearances on ABC Comedy Up Late, as well his podcast 'The Phone Hacks'.

Good Chat Comedy Club is a Brisbane-based comedy collective best known for their shenanigan-laden comedy showcases. Birthed in 2017 to three avid comedy fans and comics, the trio have focused on bringing groundbreaking comedy to modern venues, and pushing the boundaries of traditional stand-up shows. Since 2018, they have been producing shows for interstate Australian comedians at their flagship venue in inner-city Brisbane, and are bringing their shows on the road to the Adelaide Fringe for another year.