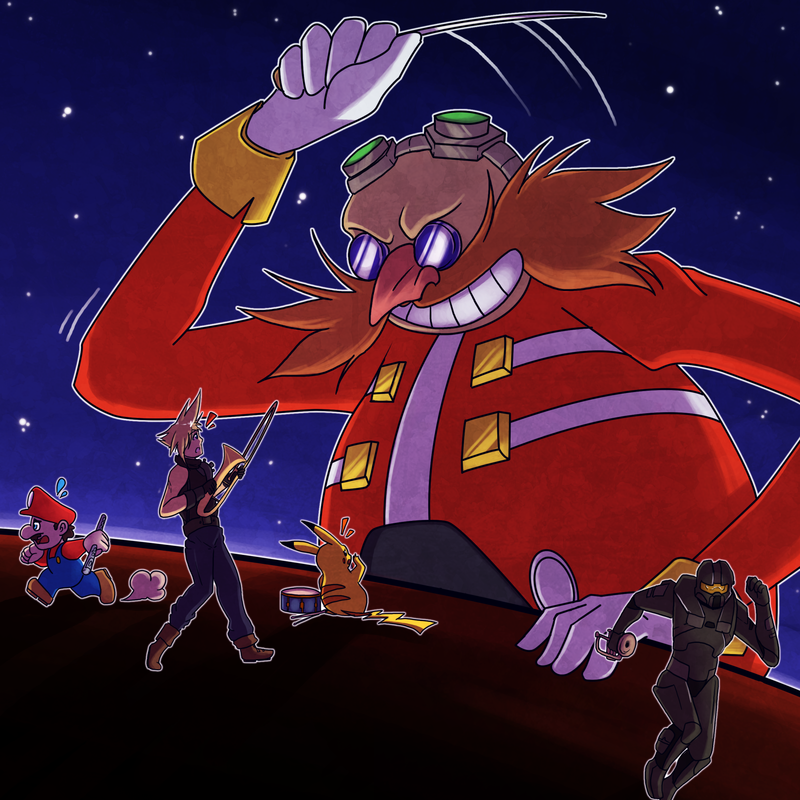 The multimedia show Music With Motion is a unique, family-friendly concert experience which ties together the live performance of game music and exciting videos on the big screen. Performed by the Woodville Concert Band, this show premieres arrangements by the band’s Artistic Director and award-winning composer, Nathan Cummins. Featuring old classics and exciting new releases, from Final Fantasy and The Legend of Zelda to Super Smash Brothers, it is designed for music and gaming enthusiasts alike.

Music With Motion will be performed across two venues and on three dates: don’t miss out!

The Woodville Concert Band is a community concert band situated in the Western suburbs of Adelaide, South Australia. The Band’s membership represents a good mix of ages and abilities on Woodwind, Brass and Percussion.

The Band plays a variety of different styles of music, including but not limited to: video game and anime music, big band, jazz and swing, movie and TV themes, marches and classics, Pop and Rock, and show tunes.

The Band plays at a variety of engagements in the community, private functions and Council organised events such as Citizenship Ceremonies.

The band prides itself on its community and atmosphere, and aims to maintain an attitude of support. We aim to perform newly composed works wherever possible, and have premiered works by local Australian musicians.