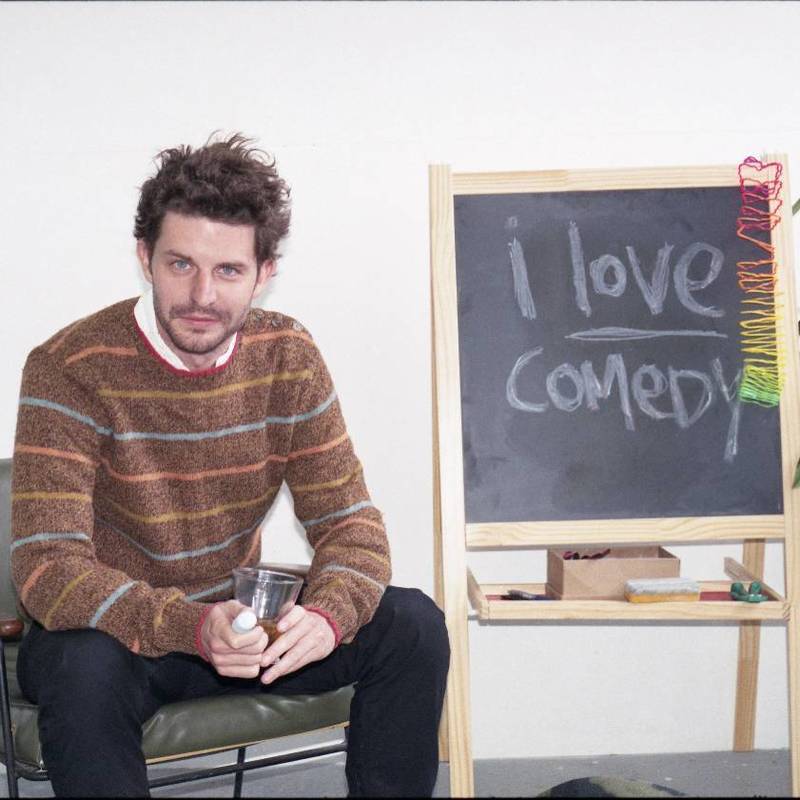 **Please Note: There has been a change of venue for this event since the Guide was printed from Miller Leeway at Tuxedo Cat to Broadcast Bar. Tickets only available for Broadcast Bar**

Following his irreverent cult-hit show 'Romance Novel,' Miles Munn is back with his latest on-stage vivisection

One part deconstruction, one part nervous breakdown, 'I Love Comedy' is a subversive look at the reasons we laugh - and the reasons we don't. A perverse spectacle tinged with vulnerability where patient and doctor are the same person, Munn puts his profession under the knife with a thought-provoking but tender exploration of comedy itself.

Munn sharpened his teeth in the notoriously unfunny world of corporate speechwriting, which he says was "weirdly perfect training for comedy." Romance Novel, his first show, debuted to wide acclaim at the 2018 Melbourne International Comedy Festival, and was described by Timeout Melbourne's Tim Byrne as "batty" but "deliciously awkward and endearing," with a "sharp satirical undertow".

I Love Comedy is equal parts compulsive, uncompromising, deft, and endearing, touching on everything from the politics of sex to the cultural importance of the airport Nandos. Book now as this is a short season and tickets are limited.

After studying literature in Australia and England, Miles worked for a large company as a motivational speech-writer, which he says developed his talent for writing de-motivational, pointlessly fun comedy.

He brings a honed approach to his shows, which are line-by line funny, but also function as elaborate, high-concept probes into the nature of comedy.

Having collaborated with comedians and performers for a long time, Miles currently hosts nights at Longplay in Melbourne where he performs previews of his latest madness for his mailing-list.