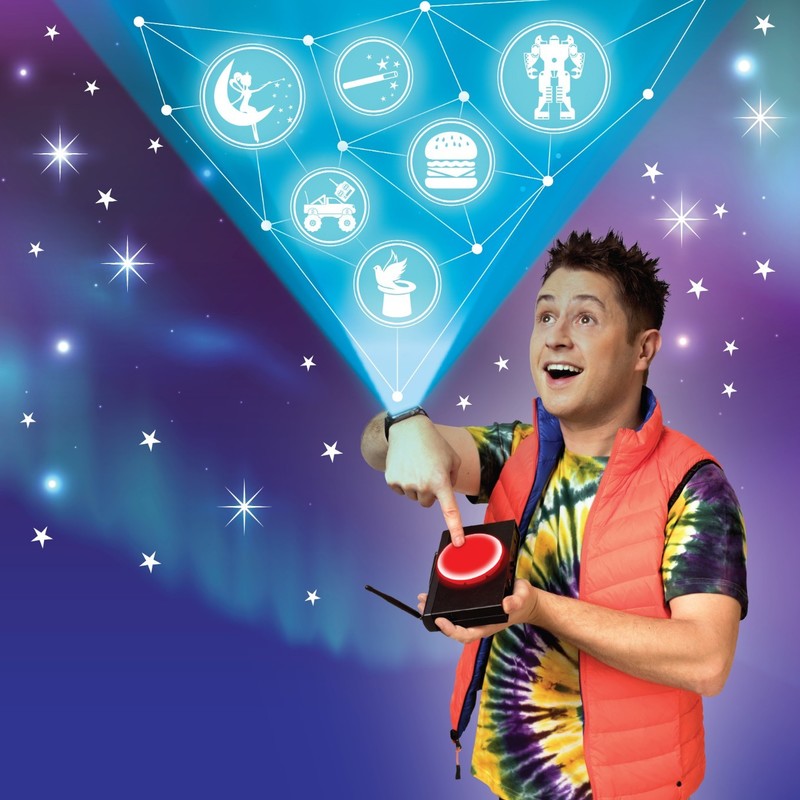 Mickster the Trickster needs YOUR kids to help him find his MISSING cheeseburger before he gets super super HANGRY! In this new-age high tech magic show, Mickster takes family entertainment & interactivity to the next level. Filled with awesome GIZMOS, GADGETS & CLUES, the kids become part of the show & help him find that burger!

After starting his acting career at five years old, Michael Wilkop has since been cast in television commercials, voice overs and movies across Australia including the Australian classic, Napoleon. Recently, also featuring in several reality TV shows including Channel 7’s First Dates. As an early teen he focused on stage craft, being cast as the lead role in several major productions. He then began learning the craft of magic, becoming one of SA’s leading children’s magicians. From here he launched an entertainment company, coordinating artists at events. Over the last five years he has focused on directing, writing and producing many screen plays and stage shows and collected several awards for various comedic pieces.