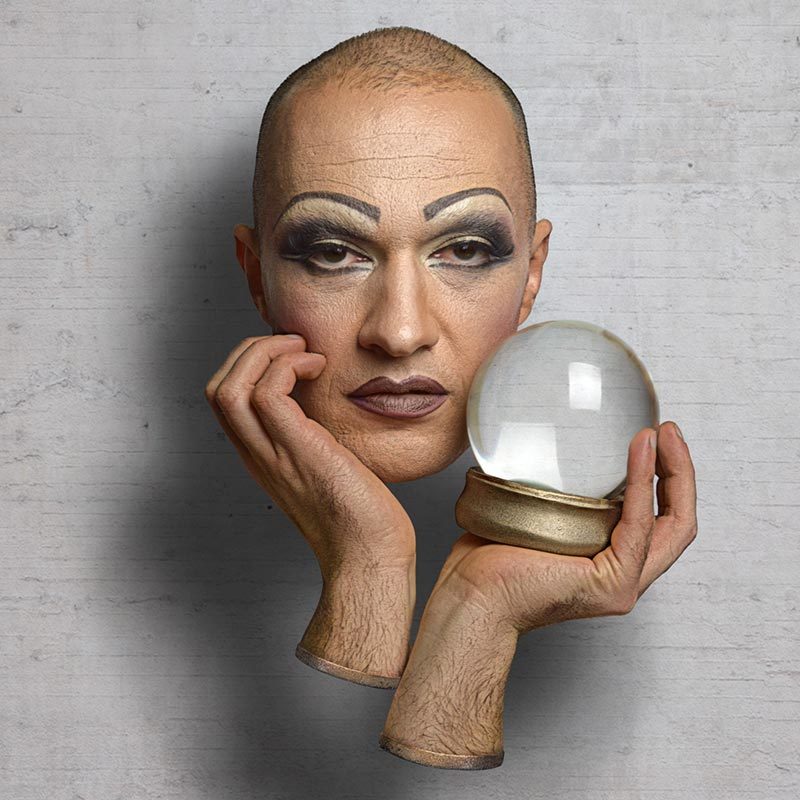 Discover your destiny at the touch of a button with a trip to Madame Tulalah's Magnificent Box -- a fortune-teller machine brought to life. Fresh from an extended season in Melbourne Fringe, this interactive live-art performance devised by director Melinda Hetzel and performer Richard Chambers invites you to experience a seven-minute one-on-one fortune-telling session with part drag queen, part automaton Madame Tulalah.

Speaking through an earpiece from the confines of her custom-built box (think 'Zoltar' from the movie Big), the mysteriously mechanical Madame Tulalah uses not-quite-conventional methods of divination to take individual participants on a journey into the realms of fate, future, free-will and the occasional technical difficulty. Inspired by everything from the mythological Cassandra to your phone's predictive text, the piece explores the very human desires to be told our fate yet remain master of it.

Melinda Hetzel & Co. is a collective of multi-talented artists who collaborate with director Melinda Hetzel to create extraordinary site-responsive and participatory artworks.
Melinda Hetzel directs and devises original, image-based performance and live art. Her extensive body of work features visually stunning, site-specific works and dynamic, ensemble-based theatre. Melinda was founding member and Artistic Director of Peepshow Inc (2003-13), during which time she directed and co-devised the company’s entire repertoire. Melinda’s recent site-responsive work, Fly By Night, designed for the foyer spaces of Melbourne’s Hamer Hall, premiered July 2015. Fly By Night was nominated for a Green Room Award for Design in Contemporary Performance (Visual and Digital App Design).
Richard Chambers has graced stages for many years. His performance personas include Richard Martini and Madame Tulalah, appearing in Melbourne Fringe, some random hen’s night and the Peepshow Wake (2013). Richard was an associate artist at Peepshow Inc 2003-13 and is also a talented graphic designer.