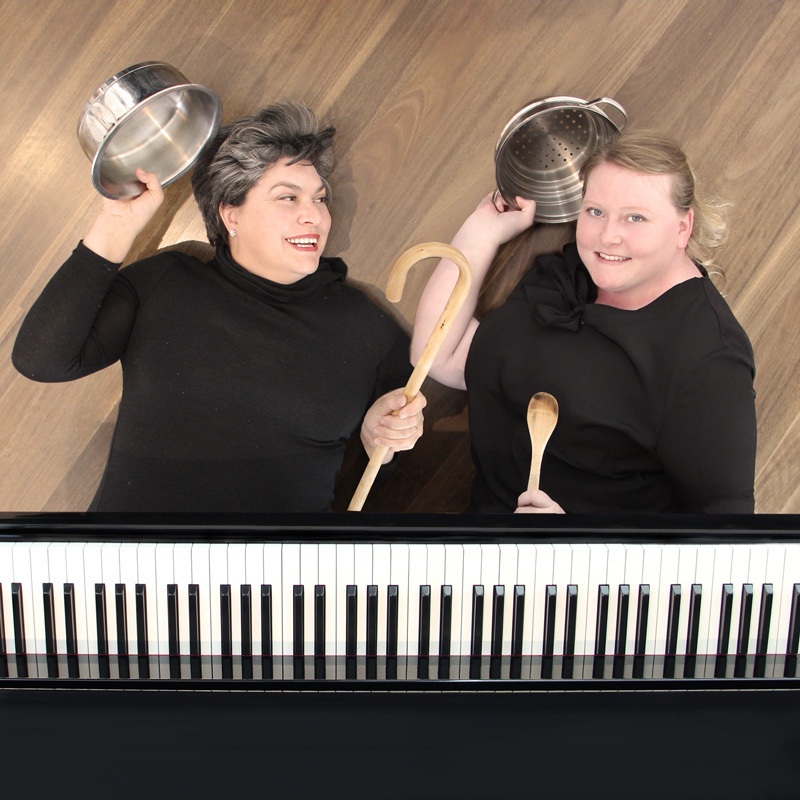 The inventiveness and humour of their arrangements and the skill of these two artists have brought audiences of all persuasions to their feet.

Presented by:
Under the Microscope

Under The Microscope is proud to present Sally Greenaway & Louise Page OAM.

Soprano Louise Page is one of Australia’s most highly regarded and versatile singers, performing throughout Australia and Europe with groups such as the Vienna State Opera, Musica Viva, the ABC, and many key festivals including the Australian Festival of Chamber Music and the Canberra International Music Festival. She was awarded an OAM for services to the performing arts in the 2013 Australia Day Honours List.

Composer-pianist Sally Greenaway is highly regarded for her versatility and creativity and has received several awards for her work including an APRA Art Music Award in 2017. She has worked with leading jazz and classical groups, from the Jazzgroove Mothership Orchestra to the Melbourne Symphony Orchestra.