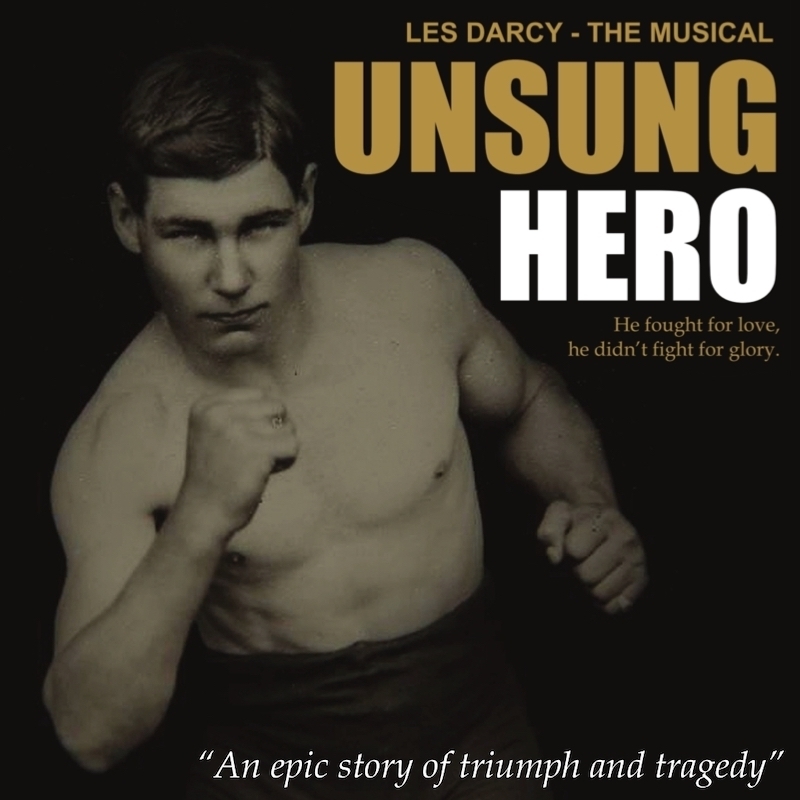 He fought for love, he didn't fight for glory!

Les Darcy, from a poor family of Irish immigrants, rises to boxing fame using his prowess to save his family from a life of poverty.

His phenomenal success in Australia leads to an ambition to fight in the USA, become World Champion and realise his dream. Meanwhile WW1 breaks out and young men are required to join the fight for Empire and Country.

His love for fiancee Winnie, his mother and his country all pull against this ambition. In desperation and confusion he stows away on a steamship bound for the USA, only to be branded a coward and banned from fighting. The final blow for Les strikes - illness and death from caused by an unlucky punch back home, aged just 21.

Original compositions by Chris John and Jim Paterson of The BordererS