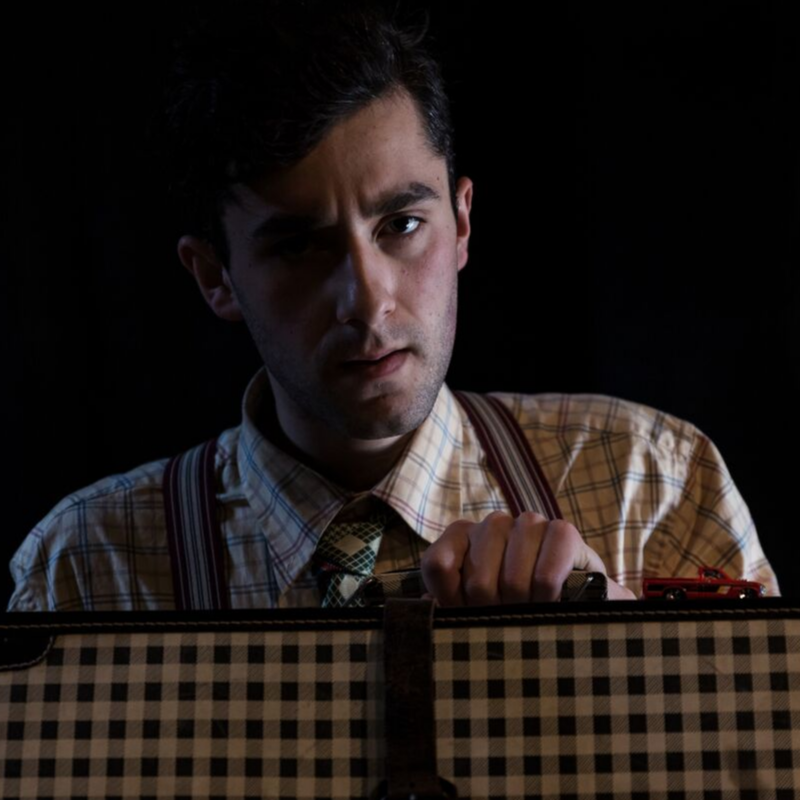 Hugo was 8 years old when he came to the country as an refugee.

He has spent the last 15 years of his life living and working in this place that he has slowly grown to call home.
Tomorrow, Hugo will leave the country and never return.

Last Year's Eve is an original work by Zac Kazepis, which explores the themes of identity,
friendship, family and isolation. This is a show about the past, the present, and an
unknown future.

This is a story about home.

Zac Kazepis is an actor, writer and music composer.

Zac has been performing on stage since the age of 10, and has worked consistently in shows of ranging styles and themes. Early in 2016, Zac had the opportunity to perform as part of an ensemble in The Rabble’s curated show "In the Bleak Midwinter", which played at the Malthouse Theatre. In 2017 Zac worked in a range of productions, including the 2017 production of "Windows" at La Mama, as well as Mammad Aidani’s "Four Vignettes". Zac has also performed with the Lloyd Jones Ensemble in Truth is Out. Zac most recently performed in the play Scarborough, which was presented as part of the 2018 Melbourne Fringe Festival.