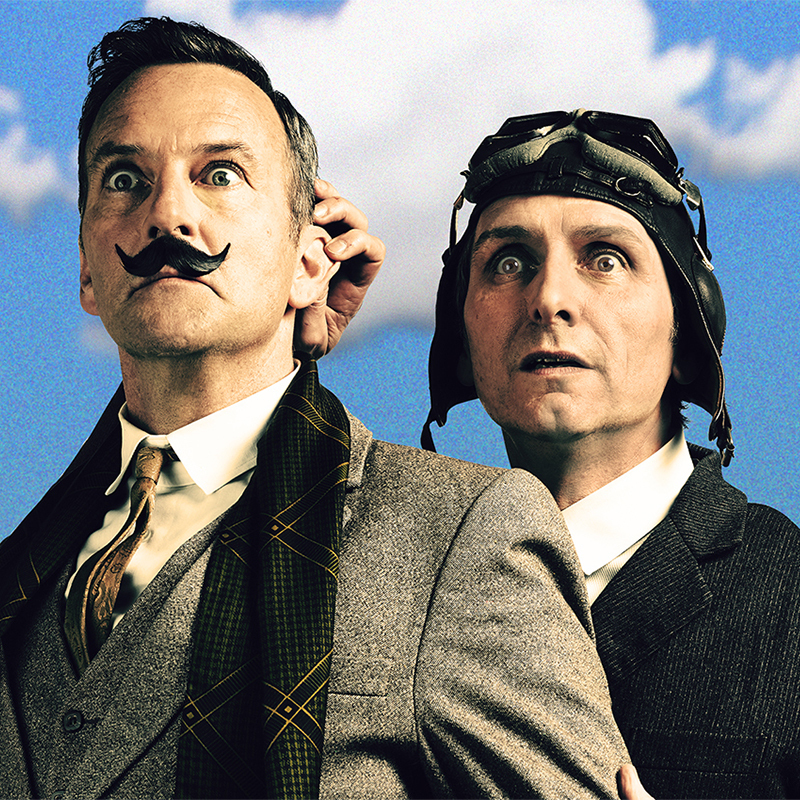 After scoring stellar reviews, bringing home the People's Choice Award at the Melbourne International Comedy Festival and selling over 70,000 tickets nationally, Australia's favourite double act have soared back into the hearts of audiences. They can't wait to bring FLY back to Adelaide, into the Garden of Unearthly Delights, for Fringe 2019.

Colin and Frank's epic story of the pioneers of flight, The Wright Brothers, FLY wowed critics and fans alike bringing audiences to their feet night after night all over the country.

"The soar away feelgood hit of this festival." ★★★★★ Chortle
"The tightly crafted show puts the heart of Lano & Woodley's humour squarely in the cockpit." ★★★★ ½ The Age
"Two of our greatest virtuosos of comedy." ★★★★ ½ Herald Sun

While the show appeals to virtually everyone with a pulse, a Lano & Woodley show is written with adults in mind. There is some course language in the show (including the f word) and broadly the show is most appropriate for those over 15 years of age, however if you don’t mind your child hearing swear words then younger children could come along although children under the age of 15 should be accompanied by an adult. There is some mild violence (comedic) and some tickling. There is plenty of visual material that will appeal to younger audience members.