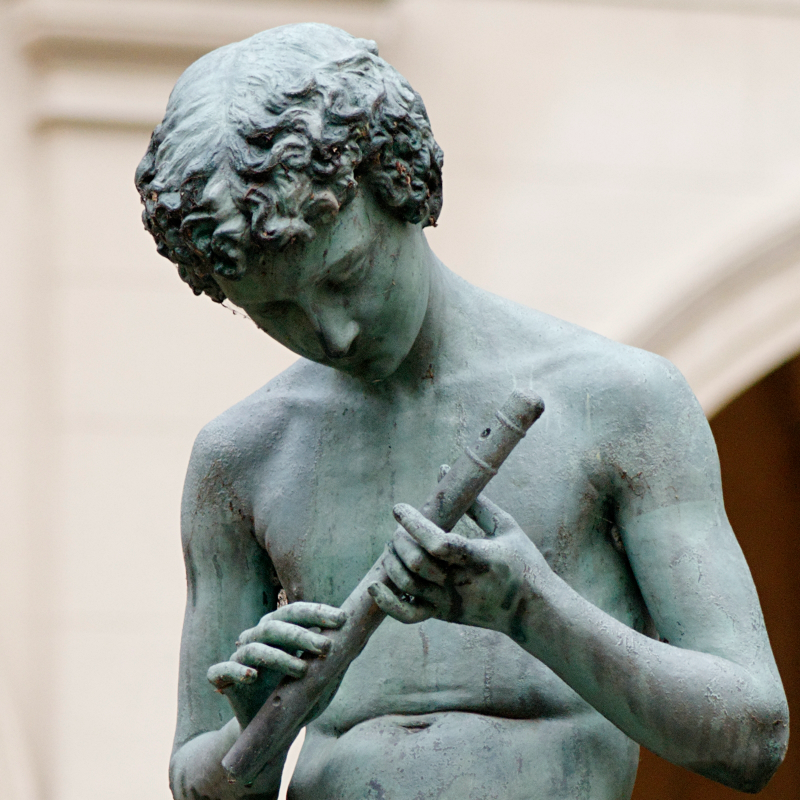 Adelaide flutist Melanie Walters returns to the Fringe in 2018 with a recital of 20th and 21st Century solo flute music inspired by Greek mythology, including works by Claude Debussy, Bryan Ferneyhough, and Thea Musgrave.

"An hour better spent is hard to immediately recall than with flautist Melanie Walters and her exceptional solo recital" - The Advertiser, 2017

Melanie Walters’ musical background includes playing beer bottles and party whistles on ABC Classic FM, performing in paper aprons and mittens in a Massachusetts art gallery, and marching in the 2000-piece band in the Sydney Olympics opening ceremony. Influenced by her misspent youth playing in flute ensembles and bashing out Bartok and Ginastera miniatures on the piano, she now specialises in performing 20th and 21st century music.
Melanie holds a PhD in flute performance, for which she received a Dean’s Commendation. She is a member of the COMA New Music Ensemble and the flute and electronics duo Stereo/Mono, and has performed in numerous festivals, including Bang on a Can, Soundstream, and the Australian Flute Festival.