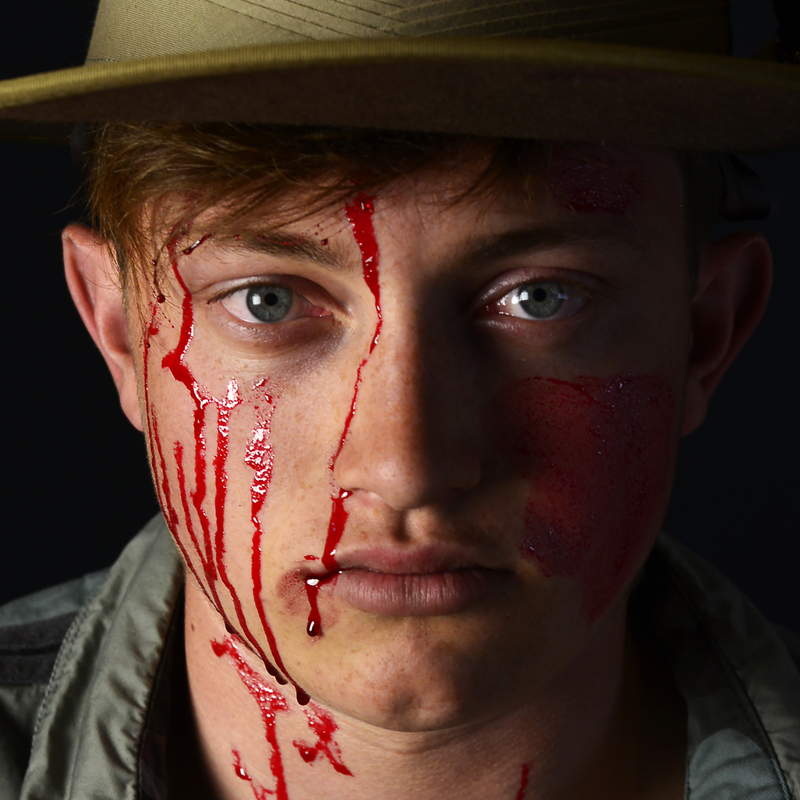 Within months of bombing Pearl Harbor in December 1941, the feared Japanese war machine had taken Singapore and the Philippines and was now bombing Darwin. The loss of Pt Moresby would be a disaster for Australia, next to be invaded. But initially we sent only poorly trained, young, larrikins recruited off the streets of Melbourne to defend New Guinea along the Kokoda track. Now look into the eyes of one of those boys who fought to save Australia from the Japanese as he tells his story from our most famous battle that turned the Pacific War.

Fresh from the Edinburgh Fringe, 'Kokoda' returns across two venues.

"All Credit!" The Scotsman
"A deeply felt production" Theatre of Wales
"A clever blend of historical realism and theatre" The Advertiser

Palmerston is the entity that produces the works of Peter Maddern and of the artists he wishes to represent. Peter is the playwright of now four Fringe shows, commencing in 2016 with That Siege in Adelaide, then The Attack of the Emotional Pygmies and last year Grand Final Day. In 2017, he also co-wrote and produced John Sabine’s Adventure Before Dementia. This year Palmerston is also bringing Cuadrafonicos to Adelaide, the sound performance of two highly talented Spaniard electro-acoustic composers.
Kokoda was also presented last year after its premiere in July 2017 and following the 2018 Fringe Peter was invited to stage Kokoda at the prestigious Gilded Balloon at this year’s Edinburgh Fringe. Next year, it returns to London.
Palmerston and Peter also develops and produces short films.