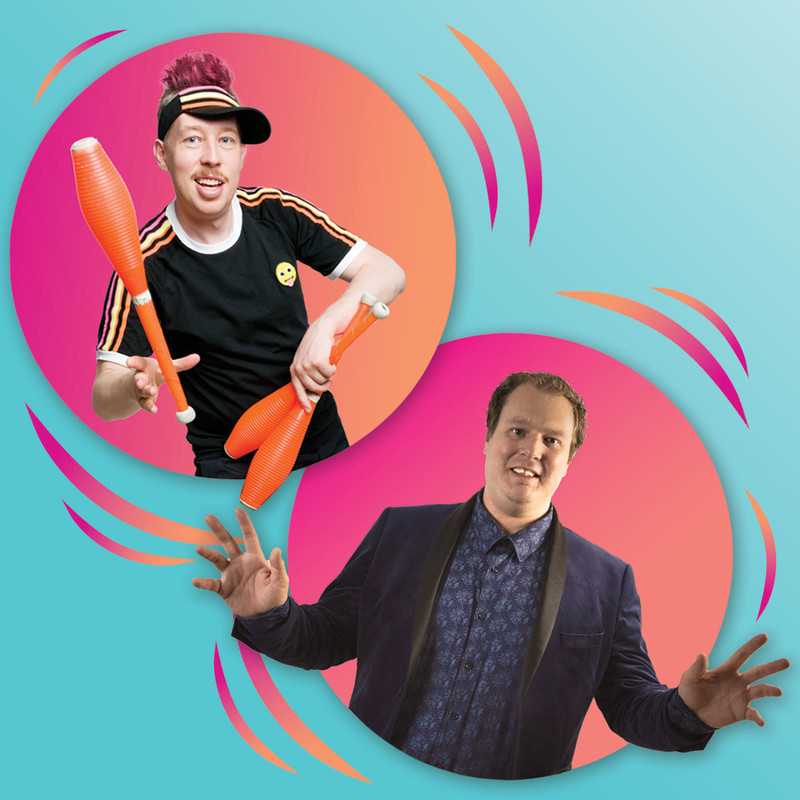 Which is better, juggling or magic?

This age old debate will be settled once and for all when a juggler and a magician throw down in a variety arts battle royale. They'll bring out their best tricks over three rounds to win over the crowd. Once the tricks are all done, the audience will cast their votes. One performer will rule as King of the Kids. The other guy gets slimed!

Who will win? That's up to you!

★★★★ "...had the kids and adults laughing throughout the show" The Clothesline

Important information:
This event takes place in an open-air venue within Gluttony. Unless it is deemed unsafe to do so, the show goes on, rain or shine, so please come prepared for the forecast weather. Umbrellas are not permitted during performances. Entrance to this venue is off Rundle Road & East Terrace via Gate C.

SCOTT STUNZ (The Magician)
Scott Stunz has been wowing audiences around Australia and overseas with his big, fun and lively family friendly magic. After performing at thousands of events from corporate functions and private parties, to fairs, festival and TV appearances, Scott has an endless supply of tricks up his sleeve.

MICHAEL CONNELL (The Juggler)
Michael learned to juggle in high school before spending his twenties touring comedy clubs around Australia. Now he mixes skilful juggling with original comedy to bring you a show unlike anything you've seen before. His juggling is wild and silly, and will have you laughing your head off between gasps of amazement.