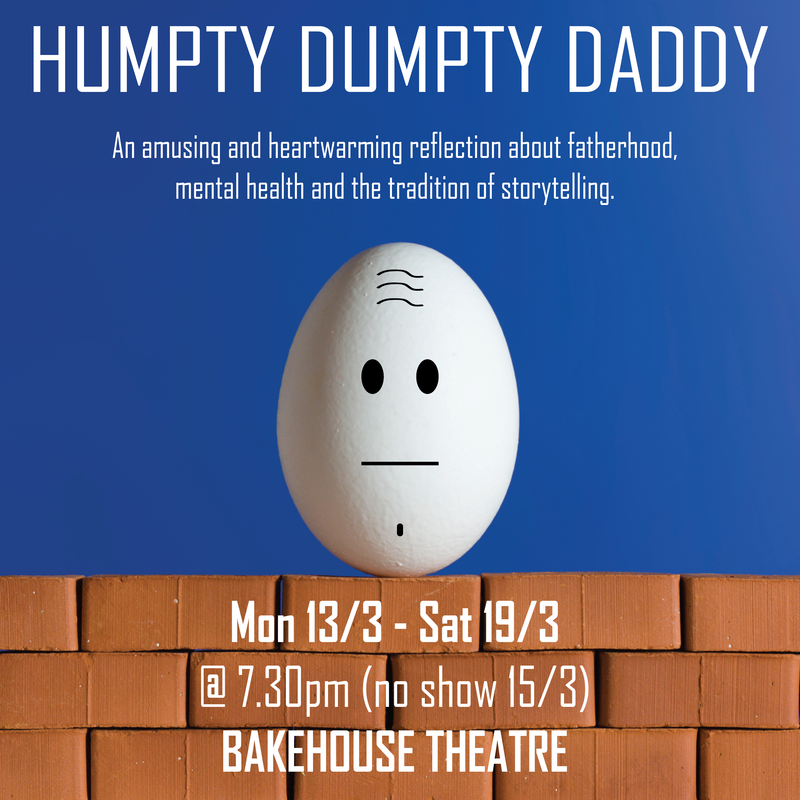 “Humpty Dumpty Daddy is a fine work every man ought to see and every woman will appreciate.” - Vera Poh, theatre reviewer.

JC was 16 when his father killed himself, and his father was 24 when his dad died... that's some pressure just to survive, let alone thrive. A personal and often-amusing story delivered with passion, candour and a wry smile, Humpty Dumpty Daddy is a reflection on fatherhood, mental health and the tradition of story-telling between generations of men.

A native of Melbourne in his mid-30s, JC is a newly-divorced father of three reaching that point where he's wondering what the devil it's all for. Is working your arse off and never reaching the end of your 'One Day' list really living? Surely not... JC speaks and writes very openly about his quest to maintain a healthy life and mind, and is working on comedy as both a writer and performer. Humpty Dumpty Daddy is his first solo show.