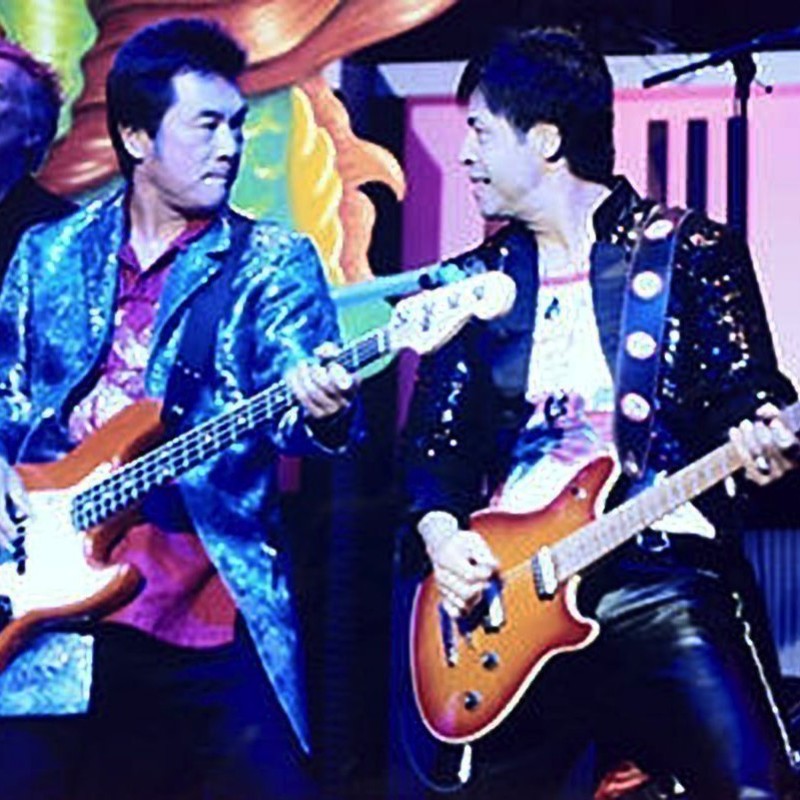 The Countdown era! When live bands ruled the airwaves, and Australian teenagers and parents huddled around their television sets every Sunday night to get the best local and overseas artists performing their newest hits -- enter HUSH, playing hit after hit like 'Bony Maronie', 'Glad All Over', 'Come On We're Taking Over' and 'Nothing Stays the Same Forever' in platform heels and satin outfits through roaring Marshall amplifiers. HUSH ruled the airwaves and concert stages of the 70s, defining good time rock'n'roll. Fringe 2019 sees original HUSH members Les Gock, Rick Lum and Choirboys lead singer Mark Gable with full band pump out HUSH's hits, plus the tunes that influenced and shaped the story behind the songs, plus Mark's Choirboys' hit 'Run to Paradise' and more. Get Rocked Adelaide!

Presented by:
Get Rocked

Fringe world premiere - Get Rocked! Feat. original HUSH members lead guitarist Les Gock and bassist Rick Lum – they blazed a trail in the 70s of sold out tours, hits singles and albums plus countless Countdown appearances. Topping the charts constantly HUSH was part of the sound track of the 70s in Australia. Mark Gable lead singer from OZ rock legends The Choirboys has similarly carved a significant career in Australian rock history with a swag of hits including the classic ‘Run to Paradise’. Together they perform classic HUSH’s hits, songs from Mark’s Choirboys catalogue while telling the background and stories behind the songs. This unique show tips their hat to their influences including Rolling Stones, Easybeats and Status Quo. Get Rocked Adelaide! Part of the In Concert Series #4.