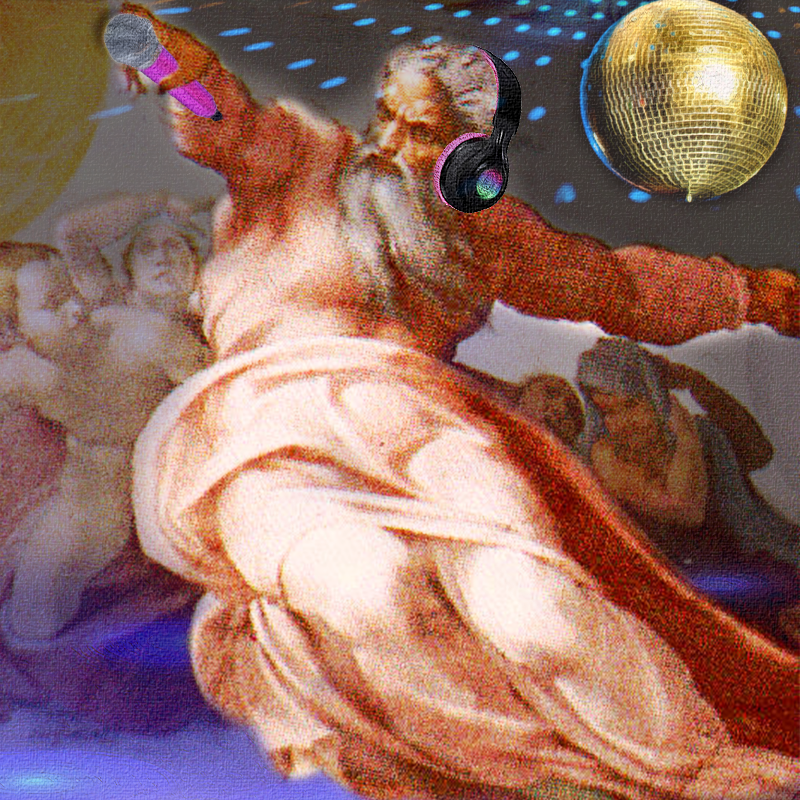 From the creators of 'Abbott! The Musical' and 'Scientology The Musical', critically acclaimed comedy musical troupe, George Glass, bring you their latest show where they will definitively answer the question - 'Is God real?'.
Don't miss out on a night of funky music and insane comedy to send you off on to your night out!

George Glass is an Adelaide based cryptocurrency and machine learning comedy group who have performed in festivals around the world for the last 7 years. They also have their own currency, Glasscoin. With an eclectic mix of instruments ranging from funk guitar and bass all the way to piano accordion and saxophone, George Glass have brought to life a unique brand of music-comedy. Writing and performing musicals about funeral homes, pornography and politics, George Glass have now turned their compass toward religion, using Scientology as the springboard to open the conversation. With the release of their debut album Scientology The Musical, George Glass are taking their show of the same name around the world in their quest for comedy glory and musical enlightenment.