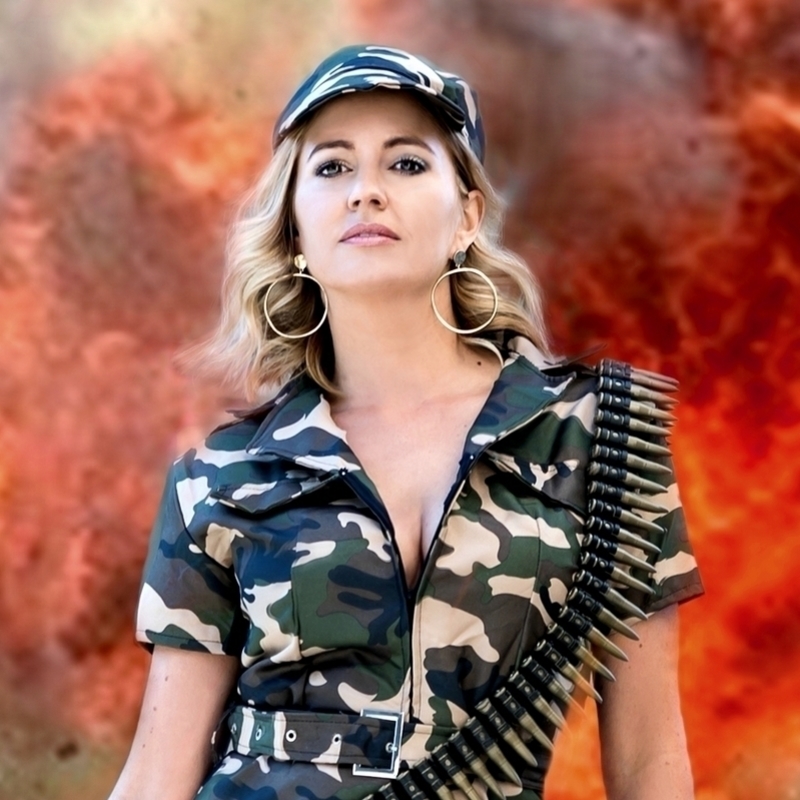 This is a war story. But there are no guns and ammo, just angry words and hurt pride. It's a story about blowing up your life and starting again. About divorce, love, loss and discovering a strength you never knew you had. This is Amity at her most raw and heartfelt and if you loved her smash hit '39 Forever' it is not to be missed.

"Showcasing powerhouse vocals to rival any musical theatre diva... incredible talent as a composer and lyricist...enough tenderness to pull at your heartstrings and plenty of warmth and humour to ensure you leave smiling and thoroughly entertained." Theatre People

"Dry's vocal performance is impressive enough on its own to warrant the cost of entry." Beat Mag

Adelaide's own Amity Dry was previously best known for 'The Block' and her top 10 album 'The Lighthouse' but these days it's her cabaret shows and musical that generate the most buzz. Her show '39 Forever' was a smash hit in the 2017/ 2018 Adelaide Fringe, selling out its 15 show season and receiving multiple 5 star reviews. It went on the play the Melbourne International Comedy Festival and tour nationally.

Amity's original musical 'Mother, Wife and the Complicated Life' premiered in the 2011 Adelaide Fringe and went on to play over 100 shows nationally to critical acclaim. It's played the 2014 New York Musical Theatre Festival, ‘Commission for the Status of Women Conference’ at the United Nations and is currently in development for a 2019 UK tour with the new title The (M)other Life.