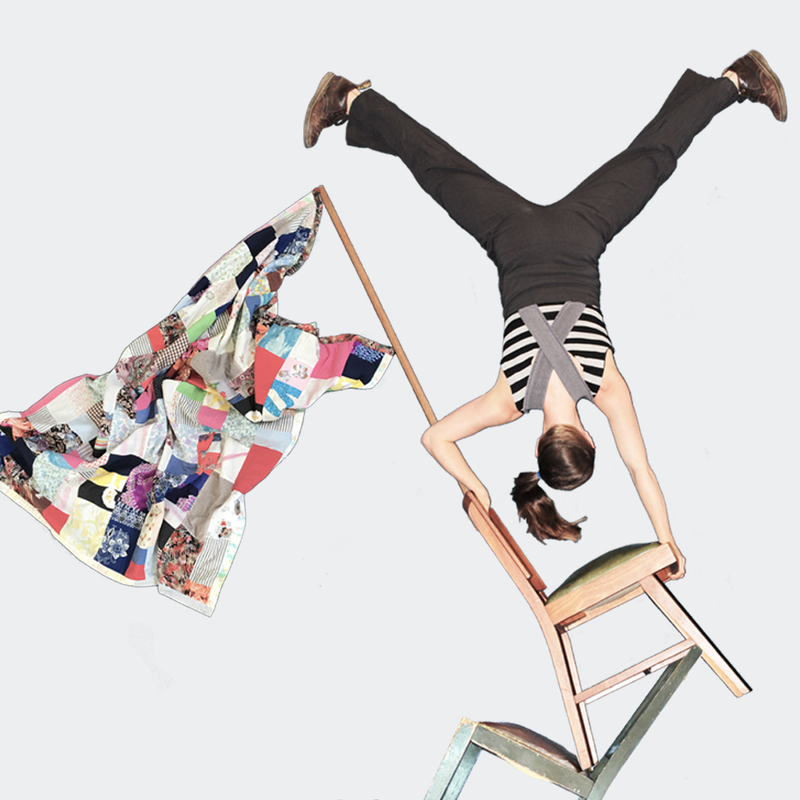 A physical theatre show for families inspired by the timeless craft of turning lounge rooms upside down. FoRT is full of ridiculous clowning, spectacular acrobatics and the kind of creative genius which can turn couches into volcanoes, trees into castles and boxes into racing cars. Adelaide Fringe Weekly Award Winner - Best Family Event 2017

Presented by:
Asking for Trouble

Asking for Trouble makes theatre that challenges audiences to be brave, generous and to play! Founded by Christy Flaws and Luke O’Connor in 2008, Asking for Trouble is a multi-award winning company using circus, physical theatre and clown to make ambitious, high quality, touring works. Based in Clunes, they have toured regionally, nationally and internationally to critical acclaim. In 2017 they collaborated with Amanda Palmer to create a stop motion music video for her new record ‘I Can Spin a Rainbow’, toured their new show FoRT to Adelaide and throughout Victoria. In 2018 they will collaborate on a number of community projects including 'In the Deep End’ a site specific circus/physical theatre show in around and above Clunes pool with a youth ensemble supported by the Regional Arts Fund.