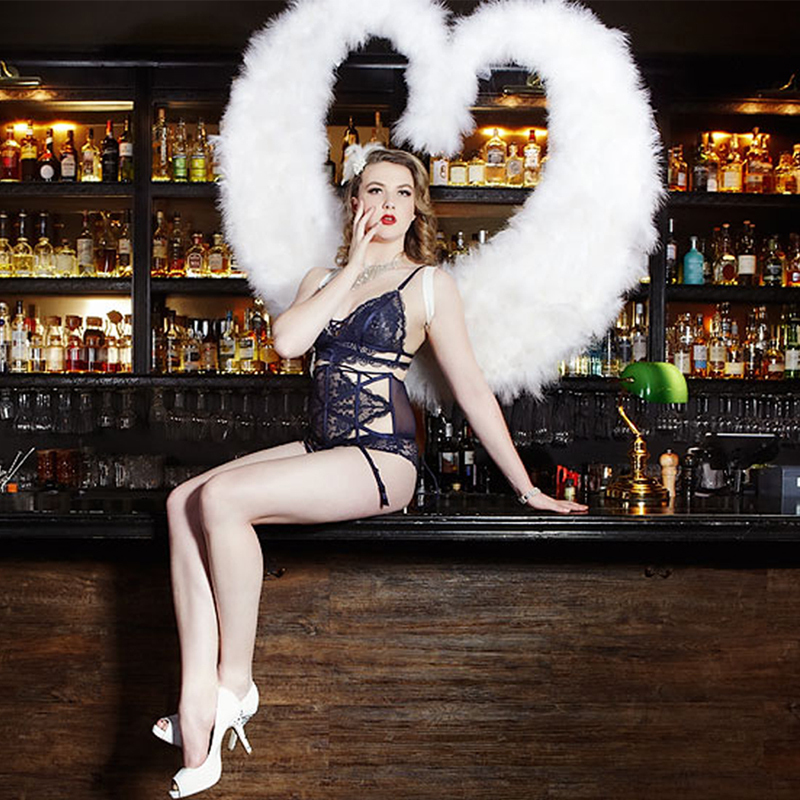 WE’VE ARRIVED is excited to host Fafi D'Alour & The Delinquents, as part of our Burlesque at Sparkke at the Whitmore extravaganza! Forget about the circus, this performance will leave you with an irresistible desire to purchase nipple tassels and run away with the burlesque. And we encourage you too - the stage is open post show!

'Based loosely on Moulin Rouge, this is more a performance of sophisticated strip tease than burlesque, supported with energetic dancing and powerful singing.

Choreographed by Fafi D-Alour (dance teacher Fiona Smith), there are various dances — several featuring an aerial loop — to the accompaniment of taped or live music.

Most feature Fafi and her two dancers, Gigi and Luna, doing some pretty impressive bends and twists, kicks and spins, twirls and flings as they remove most of their clothing.

In between, singer Amelei almost steals the show with her wonderful voice as she belts out Queen Latifa’s When You’re Good to Mama, Nina Simone’s Feeling Good, Aretha Franklin’s Respect and Leela James’ When You Love Somebody.’