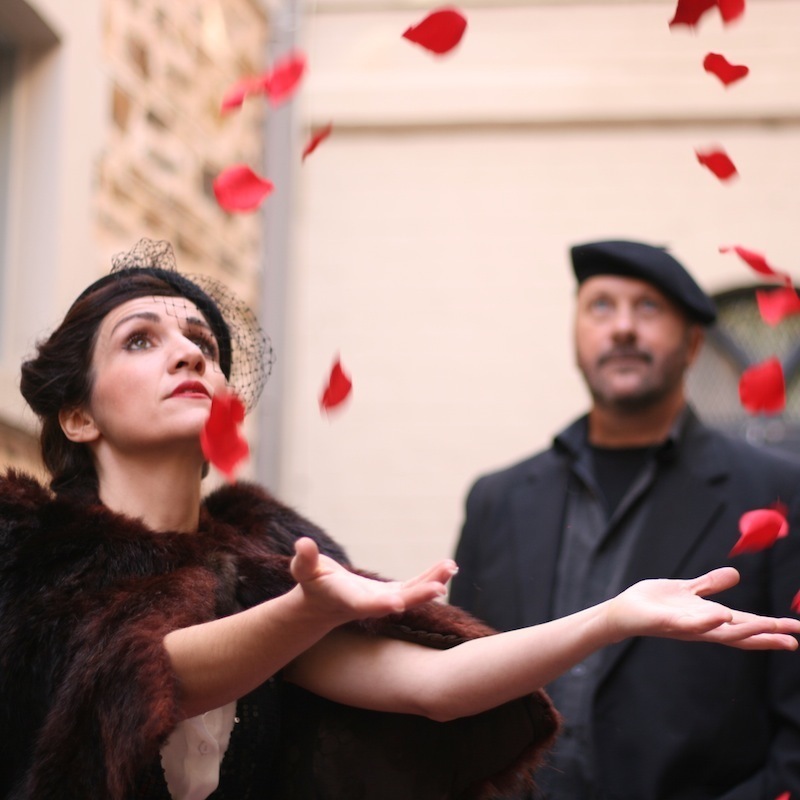 Exposing Edith is a multi award winning cabaret tale about the greatest French singer of all time, Edith Piaf. Created and performed by Michaela Burger (vocals) and Greg Wain (guitar) it showcases Piaf favourites La Vie en Rose and Non, Je ne Regrette Rien alongside lesser known gems and interlinks each with touching stories of the singer's life. It is a stunning mix of masterful storytelling, authentic French chanson and contemporary sounds all performed live. The show has had sell out seasons at cabaret festivals in Adelaide, Auckland, Taranaki, Christchurch, Tasmania and Noosa and was winner Best Cabaret Adelaide Fringe 2016. Nominated for a prestigious Helpmann Academy Award for Best Cabaret Performer in 2016 it also had a successful season at the Edinburgh Fringe with 5 star reviews.

Guitarist, pianist and singer Greg Wain has been a member of internationally acclaimed vocal groups "The Swingle Singers" and "The Shout". As a guitarist he performed with Jools Holland, recorded with Carol Grimes and was a featured solo artist at both the Pori and Turku Intl Jazz Festivals, Finland. He taught jazz guitar at Adelaide University from 2009-14 before co-writing the award winning show Exposing Edith.