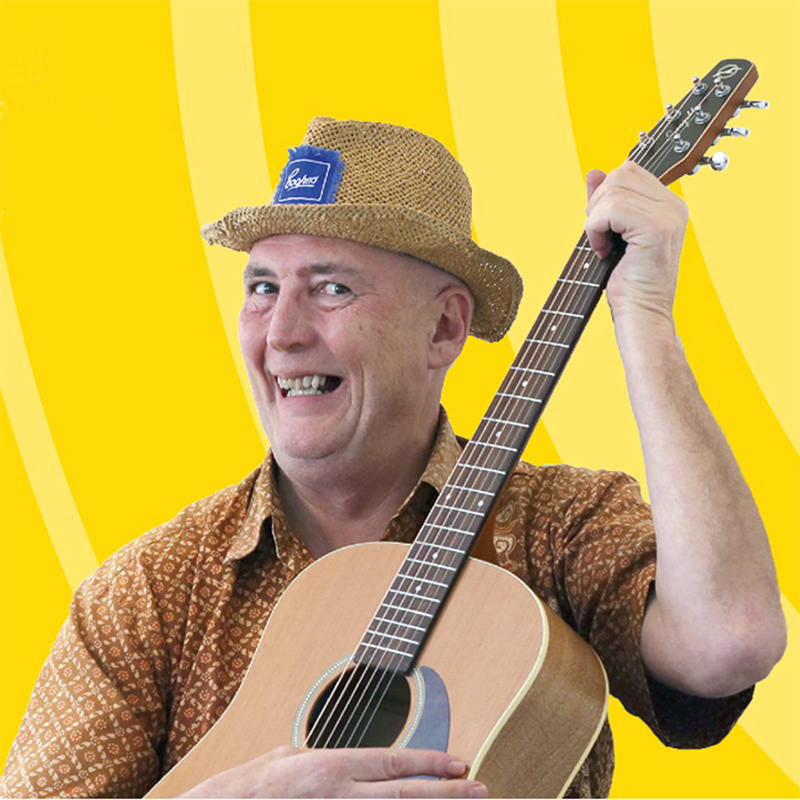 Eric Tinker, comedian and strummer, returns to Adelaide with more Tinkerings, following a successful run at last year's Fringe. His new show features comedy songs and burlesque rewrites (or tinkerings) of pop standards. Eric will take you on a journey through Tinkerland, a weird and wonderful parallel world that's been 'tinkered': things are familiar but not quite as they seem. Can Eric untinker this world before the end of the show? Does he really want to?
"His libretti, like Philosophy, are actually brilliant, dripping with double entendres and fantasy" The Barefoot Review. "Eric Tinker is blessed with a keen sense of the ridiculous" The Clothesline.
Eric has performed at festivals, clubs and pubs around Australia and in his native England. Eric is funny, savvy and definitely different.

Eric Tinker (aka Derek Tickner - photographer, writer and cartographer) moved to Brisbane two years ago and has been notching up performances on the city’s vibrant music and comedy circuits. He has been invited to play at comedy clubs around the city, including the esteemed Heya Bar and Good Chat, and put on two popular shows for Bris Funny Fest. Eric has completed three improv courses with Big Fork Theatre, so 'Eric in Tinkerland' will be a more theatrical experience than his last Fringe show 'Tinkerings'.
Eric has previously performed at festivals, clubs and pubs around Australia and in his native England, as well as in Canada and South East Asia. His style is influenced by the likes of Spike Milligan, The Bonzo Dog Band, Wilson Dixon and Flight of the Conchords.