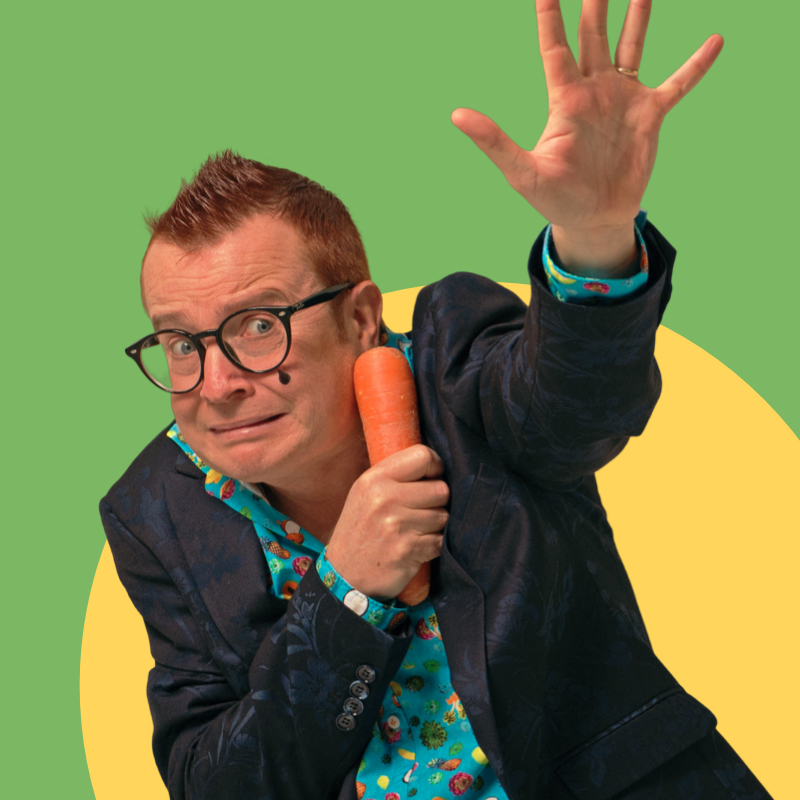 Come and laugh at a vegan.

★★★★ "..entertaining and hilarious with a depth of seriousness and purpose that is rare at the Fringe. A must watch.." The Advertiser

"DON'T SHOOT!" is a world first and highly topical new comedy cabaret. The one-vegan show - which even cattle farmers find funny - is performed by Adelaide local and sub-viral YouTube star Vegan Smythe. Smythe's greatest hit song "Where Do You Get Your Protein?" has had over 300,000 online views.

Should all vegans be shot?

How do you know someone's vegan?

And where does gluten fit in?

Smythe answers these questions and more in a hilarious 60 minutes of candid chat and satirical songs. Expect irreverent riffs on fad diets, food labels, the vegan police, Greta Thunberg, mock meat, Facebook groups and people who think their dogs are their children. Fans have compared Smythe's style to Tim Minchin and even Cole Porter.

"With wit, wisdom and a little sting in tail, it was one of the most rollicking good times I’ve had in ages." Pam Ahern, Edgar's Mission

Vegan Smythe is the alter ego of classically trained musician and entertainer Brenton Edgecombe who has won five Australian Entertainment Industry MO Awards, including Variety Entertainer of the Year, as one half of the double-act String Fever which he performs with his wife Jacqui.

Vegan Smythe tells you the funny stuff about veganism. It's a world-first and very unlikely concept. He has been writing and performing songs and comedy about being vegan since 2012 and has been described by fans as hilarious, brilliant, under-rated and 'a crucial soundtrack to life on Earth!’ His music has been featured on blogs, podcasts and radio programs worldwide including ABC’s Radio National. He’s performed at festivals around Australia and as an invited guest at VegFest UK, London.

Brenton and his wife Jacqui are co-performers in String Fever – the world's only comedy, vocal, cello, violin, piano, guitar, typewriter and whip cabaret duo. This unique double-act has managed to pay their bills for the past twenty-one years, and earned them five MO Awards as well as other entertainment industry accolades. Brenton has also shaken hands with Ita Buttrose, been called "a f**king star" by the late Don Lane and appeared as an extra on Neighbours.