Don't Mess With the Dummies 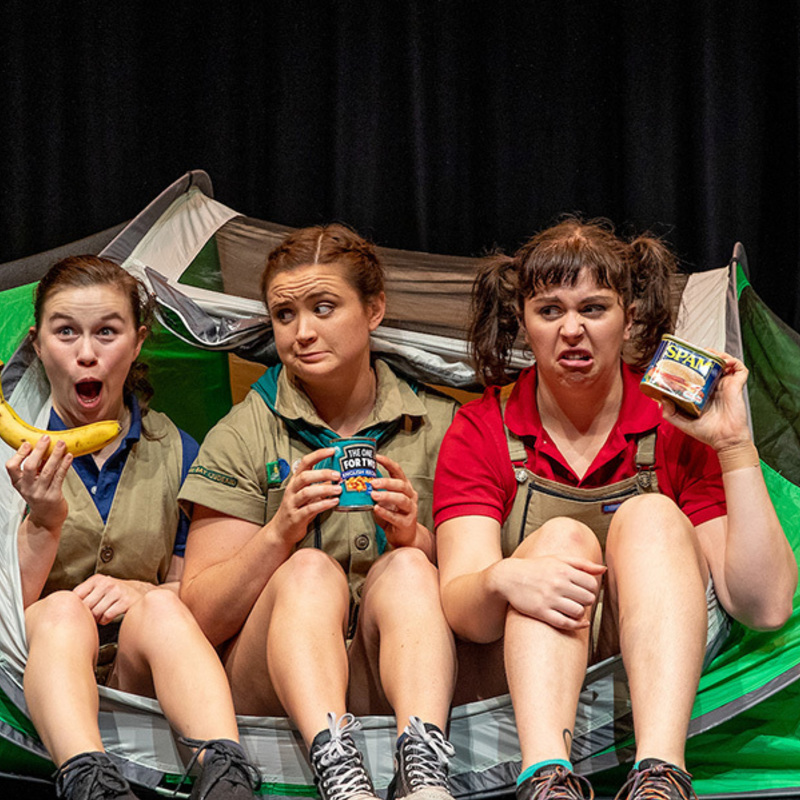 Lions and tigers and dummies, oh my! Set up camp and stampede into the jungle for an outlandish, circus filled extravaganza that will leave you chuckling like a monkey and roaring for more.

From the unstoppable Dummies Corp comes an all-new extraordinary adventure!

They're on an expedition and you're invited along for the ride. Pack your bag, tie your shoes and get ready for circus-filled hilarity as the Dummies monkey around the jungle, swing through treetops and skip past foliage. With a rockin' soundtrack, unbelievable acrobatics and trademark Dummies frivolity, let's get ready to rumble!

Founded by Jamie Bretman, Jack Coleman and Simon Wright in 2012, with their inaugural production, Trash Test Dummies, Dummies Corp. has been delighting audiences young and old with a nuanced blend of circus, comedy and imaginative play, creating shared and treasured experiences for families.

In 2017 Dummies Corp. debuted It's second creation, Splash Test Dummies, a show of oceanic proportions which immediately became a hit that has continuously toured ever since and has received international critical acclaim.

In 2019 Dummies corp. debuted its first production with an all-star female cast of comedy circus artists. A fully-fledged all-women ensemble, that encompasses an endearing meld of circus, comedy and character of which the Dummies are famous.