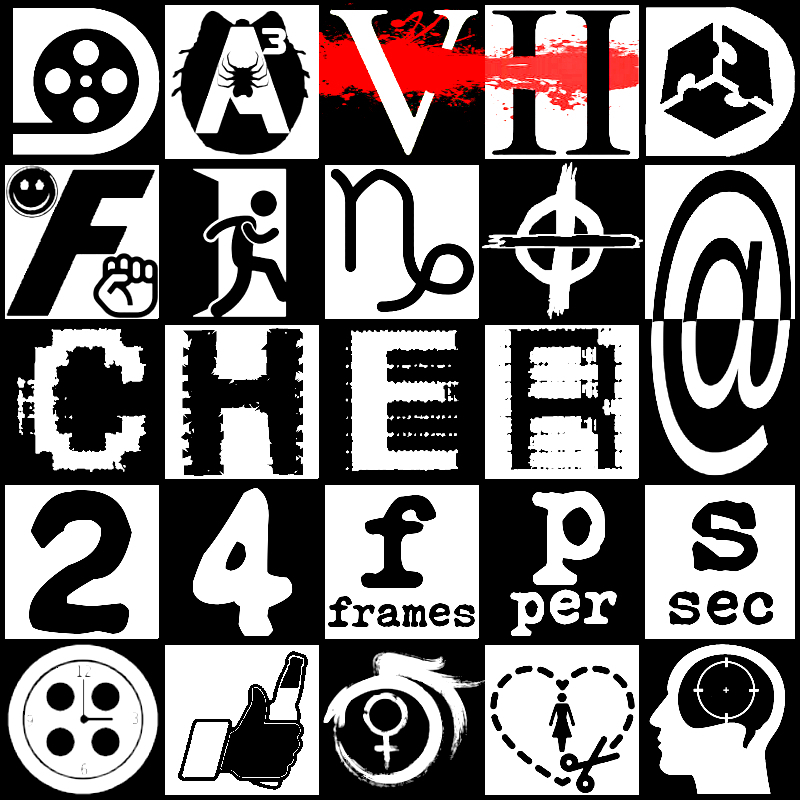 Not strobe 'lighting' per se rapid-fire film editing, sometimes at half-second clips: So warning for photosensitive epilepsy obvious still appropriate. Uses footage from SE7EN & FIGHT CLUB which are R18 for nudity & violence- so obviously my project would be too.

In 2011, a teaser trailer for THE GIRL WITH THE DRAGON TATTOO featured Karen O's cover of Led Zeppelin's iconic 'Immigrant Song', with half-second clips of the movie spliced over the top at supersonic speed. Inspired by this, Mark Metaphor made a similar tribute for FIGHT CLUB's 15th anniversary. This is that same concept applied to Fincher's full filmography: ALI3N. SE7EN. THE GAME. FIGHT CLUB. PANIC ROOM. ZODIAC. BENJAMIN BUTTON. SOCIAL NETWORK. DRAGON TATTOO. GONE GIRL. MINDHUNTER.

One fan's supercut remix tribute to David Fincher movies, set to the most rhythmic hits of Rock, Roll & Pop history. Strap yourself in for a hyperkinetic hour of cinema; a life in cinema seen through a thousand cuts. Keep your eyes peeled & don't you dare blink!

Alongside his character-costume standup comedy, in 2016 Mark Metaphor unleashed his first solo Fringe show, GUNSLINGING GAME THEORY: a multimedia lecture breaking down the mathematics & psychology behind Hollywood's best Mexican standoffs. 2017's GAMES PEOPLE PLAY served as a semi-sequel to this, dissecting the history of games & sports in cinema. His NIGHTMARE AT 20,000 FEET in 2018 was a remixed retelling of Richard Matheson's classic Twilight Zone tale, which THE ADELAIDE REVIEW called "A most enjoyable free show, this is definitely the work of a passionate movie/sci-fi/horror buff who actually reads books too." His 2019 project DAVID FINCHER @ 24fps will be pure remix cinema without performance - just one fan's visual tribute to a very visual director.
Raw Comedy State Finalist 2015.