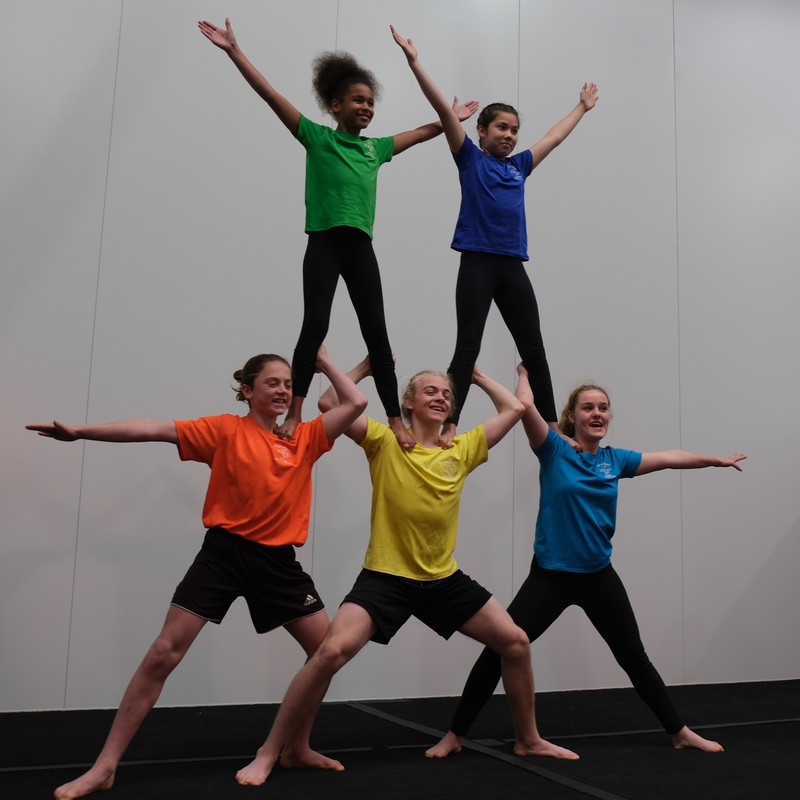 Asking 30 young people aged 8 to 21 what being Australian means to them through their circus arts has led to a delightful, creative and reflective journey. Through physical movement we recognise how this beautiful space we call our home, and its complicated history for the Indigenous people, can be evolved into a joyous expression of human movement. The main theme throughout this work is that whilst we as a country have a long way to go, during the year that was 2020 we just want to celebrate our country and all it has to offer. "From little things, big things grow". Come join our CircoBats Performance Troupe as they celebrate Australia. Through the art of circus, witness how this troupe of young people saw their Australia in the year that was 2020.

CircoBats is a not-for-profit organisation that was founded by the late Franky Charman-Green in 2008. Since 2009, CircoBats was lead by Head Trainer, Leanne Hamilton-Kinnear, and performed in various stages around Adelaide and beyond. Leanne has dedicated a lot of her time and energy into CircoBats, and has helped the community circus group flourish and succeed in its various endeavours. In mid-2016, the position of Head Trainer was transferred to Alex Charman, as CircoBats dealt with the loss of its two beautiful performers, Caitlin Hamilton and Willow Hamilton. Leanne continues to work as the CircoBats President.
As of 2016, CircoBats decided to expand its size, and now offers an exciting range of classes for young, old and all ages in between.